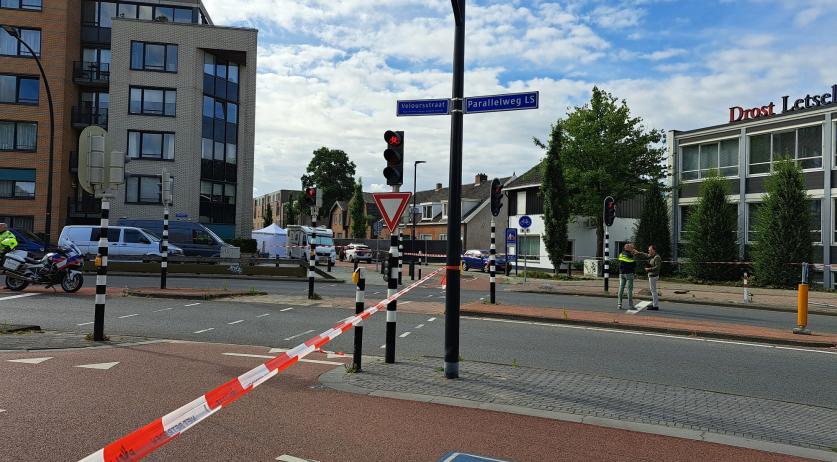 A 32-year-old man was found dead in a car on Parallelweg LS in Hengelo on Tuesday night. The police initially thought he died in a traffic accident, but evidence pointed to him being killed in a crime. Police said that their investigation determined that gunshots were fired in the area, which may have resulted in the man’s death.

Officers responded to the scene at about 11 p.m. to a report of a car crash. Bystanders tried to help the driver, and first responders took over resuscitation when they arrived. Responding police said they first noticed that a car that had crashed into a light pole. “Police officers gave first aid to the man in the car to no avail,” police said in a statement. The victim, also from Hengelo, “appeared to have died from his injuries. Based on the trace evidence found at the scene, police assume a crime was committed.”

Witnesses told RTV Oost that someone shot at the car by ‘T Gols, an apartment complex on Trijpstraat. The driver sped away, but then crashed into the streetlight on Parallelweg. “It is now clear that a firearm was used to fire shots on Trijpstraat, in the vicinity of Parallelweg,” police said in a statement.

Locals think the man was assassinated. “It seems impossible that this man was shot at random,” one said to the broadcaster. “And given the way he tried to flee, he may have known his attackers.”

Both areas were cordoned off during the ensuing investigation, and a forensics command unit was also brought to the scene. “In addition to forensic and tactical investigators, sniffer dogs and the drone team were also deployed.”

Police spent the day canvassing for witnesses. They asked that anyone in the area with video footage, including images shot by dashcams and doorbell cameras, to contact them immediately.