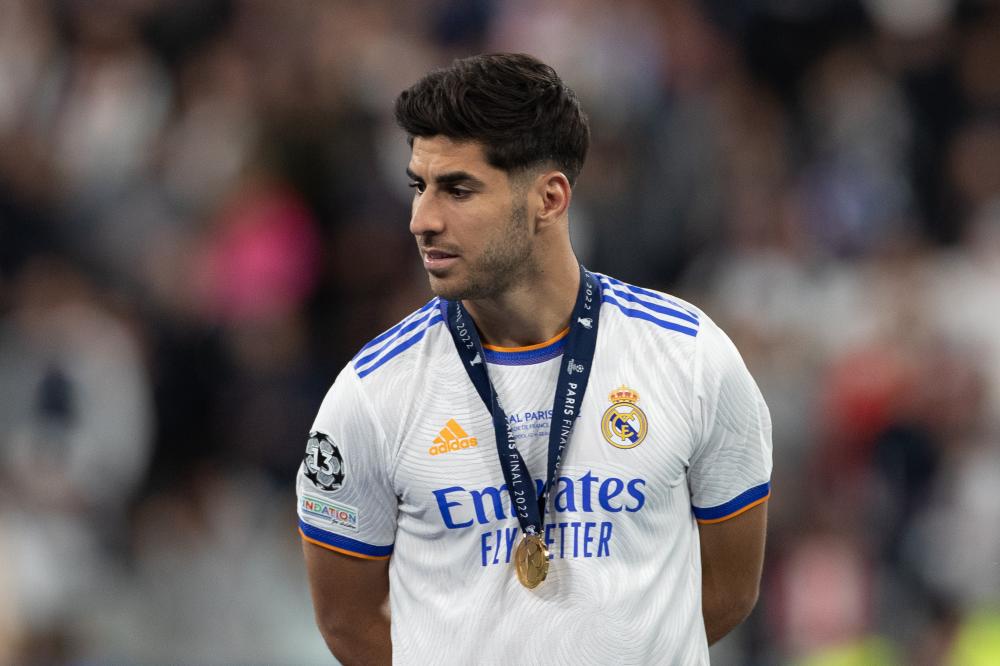 Marco Asensio could be offered a potential route out of Real Madrid this summer with Manchester United interested in him.

The Spanish international faces a possible crossroads in his club career after slipping out of Carlo Ancelotti’s starting plans in 2021/22.

He made 19 La Liga starts last season, and 12 cameos from the bench in league action, a figure matched by his starting rival Fede Valverde.

Ancelotti has praised Asensio in recent weeks but the growing feeling is of Real Madrid moving on without him as a key player next season.

Reports from Mundo Deportivo claim United have been offered first refusal on the Mallorcan winger with his agent Jorge Mendes already in talks with the Premier League giants.

Los Blancos currently rate Asensio at around €50m and United are looking to finance a summer squad rebuild at Old Trafford following the arrival of Dutch head coach Erik ten Hag at the club.