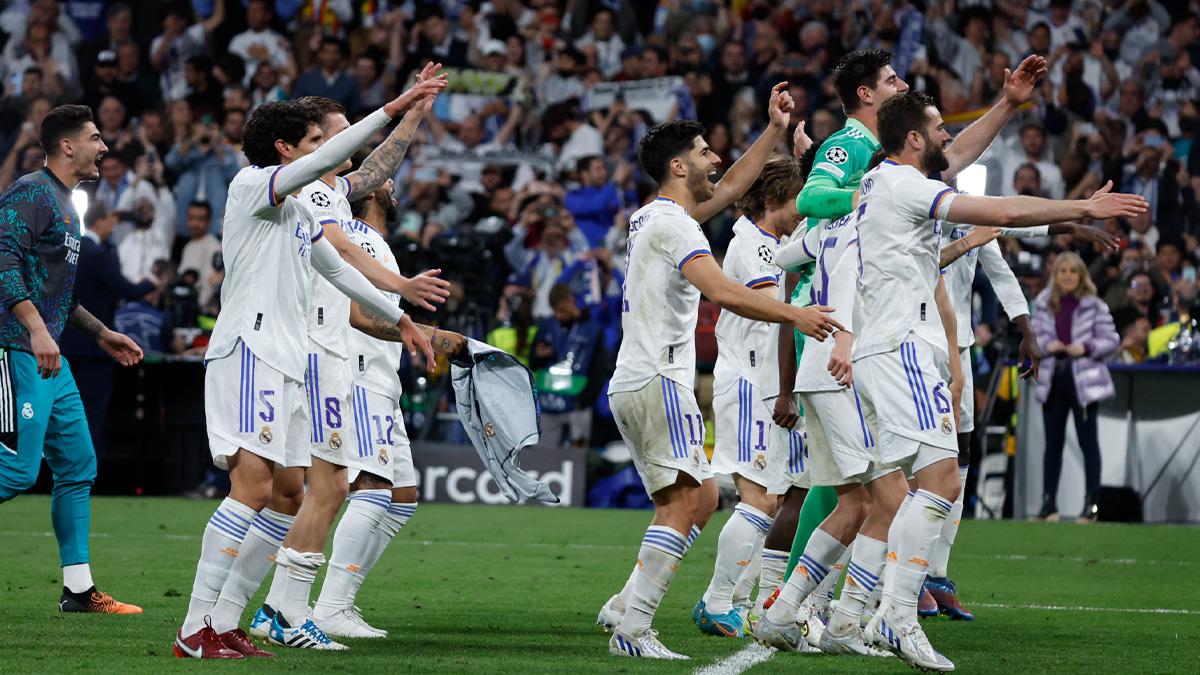 The Spanish giants were minutes away from being eliminated from the Champions League by Manchester City only to score twice in the final minutes of the game to take it to extra-time.

Riyad Mahrez’s 73rd minute goal had put City two goals clear at the Santiago Bernabeu only for a brace from Rodrygo Goes in the 90th and 91st minutes to draw the two sides level on aggregate.

Then, in extra time, Karim Benzema stepped up to win it for Madrid with a calmly taken penalty. After that, all hell broke loose at the Bernabeu as Madrid secured their place in Paris.

That’s where they’ll face Liverpool in the Champions League final on May 28th. The game will take place at the Stade de France.

The Reds, who knocked Villarreal out in similarly dramatic fashion the previous evening at La Ceramica, will be out for revenge. Madrid beat them in the 2018 Champions League final in Kyiv.

It was a truly magical night at the Bernabeu, one that Marca have labelled the best in the stadium’s history. It went beyond, they asserted, the remarkable comebacks we’ve already seen from Madrid against Paris Saint-Germain and Chelsea this campaign.

One of the special factors with regards to the way Madrid have performed toward the back end of this season has been the fact that the entire squad has been involved.

Against City, for instance, Eduardo Camavinga, Dani Ceballos, Fede Valverde and even Jesus Vallejo all did their part and they’re not necessarily the first names on the team-sheet. That reflects the fine job Carlo Ancelotti has done in managing his squad.