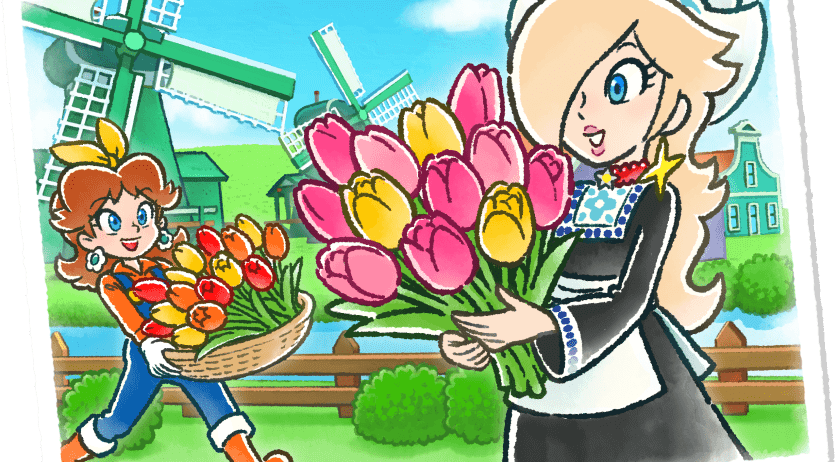 Mobile game Mario Kart Tour is adding a track based on Amsterdam, the makers announced on Twitter. They also posted a video showing characters racing through what appears to be Amsterdam and Volendam.

The Yoshi Tour is wrapping up in #MarioKartTour. Next up is the Amsterdam Tour! Race through the city on the new course, Amsterdam Drift! pic.twitter.com/0nuZGYeJPr

“It’s a bit early, but here’s a sneak peek at the next tour in Mario Kart Tour! We received a delightful photo from Rosalina and Daisy, who just arrived at the next destination,” the company tweeted along with a picture showing two characters, Daisy and Rosalina, with tulips in their arms and windmills and houses in the classic Volendam style in the background.

The company did not say when the new track would be released. The next two-week-long tournament starts on April 20, coinciding nicely with King’s Day on April 27.

Mario Kart Tour is available on iOS and Android. The racing game features tracks inspired by cities around the world, including Tokyo, New York, and Sydney.