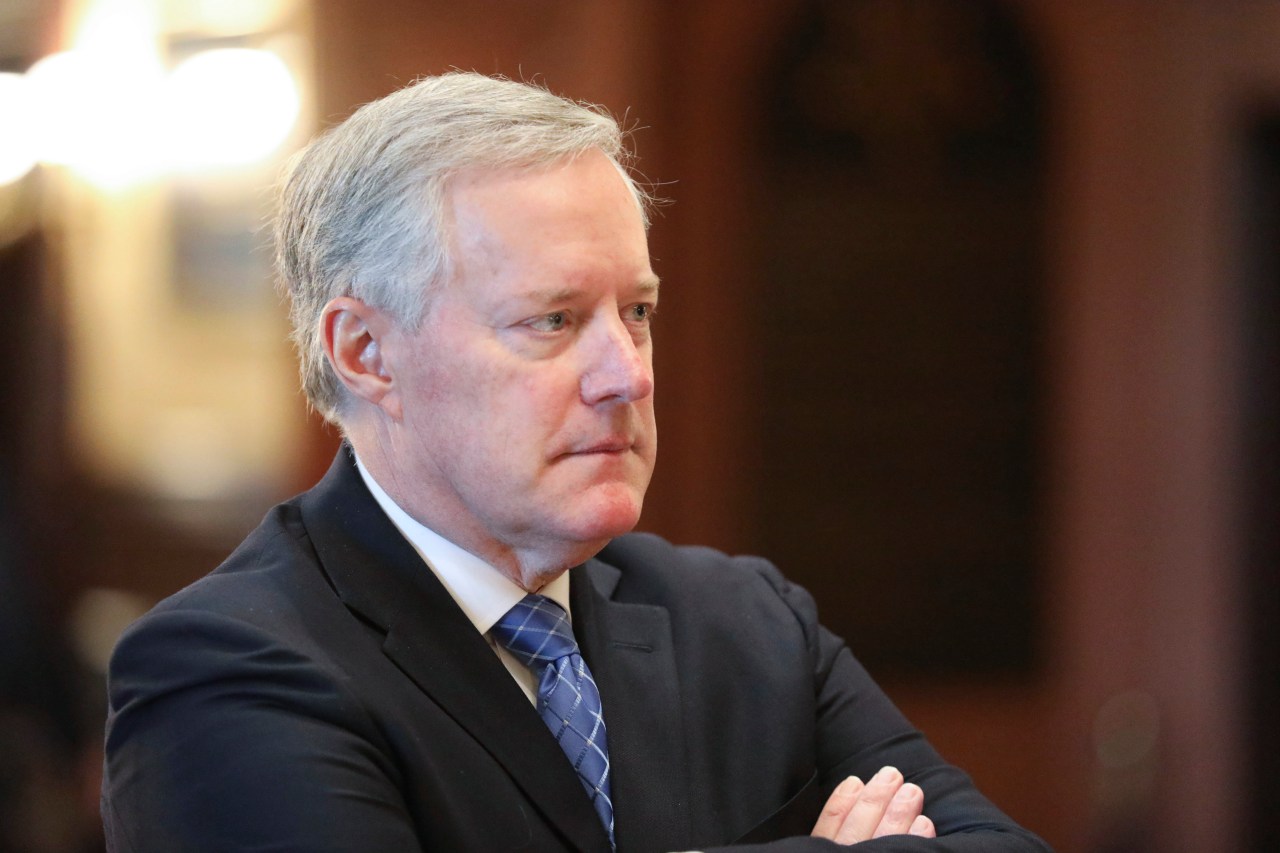 WASHINGTON (AP) — Former Trump White House chief of staff Mark Meadows accused the congressional committee investigating last year’s attack on the U.S. Capitol of leaking all of the text messages he provided to the panel in what he says was an effort to vilify him publicly.

The argument was made in a filing Friday in Washington’s federal court, where Meadowssued in December to invalidate subpoenas issued to him for his testimony and to Verizon for his cell phone records.

In the latest filing, lawyers for Meadows asked a judge to reject the committee’s request for an expedited ruling in its favor that would force Meadows to comply with the subpoenas. The committee requested an expedited briefing schedule Wednesday after filing its motion the previous week.

The lawyers say Meadows deserves a chance through the fact-gathering process known as discovery to take depositions and gather other information relevant to questions that are in dispute, such as the committee’s claims that former President Donald Trump did not actually invoke executive privilege over the items subpoenaed by the panel.

The House voted in December to hold Meadows in criminal contempt after he ceased cooperating, referring the matter to the Justice Department, which has not said whether it will take action.

His motion also accuses the committee of waging a “sustained media campaign” against Meadows. Though it does not provide evidence, it says the committee has leaked all of the text messages Meadows has produced to the committee.

“The Congressional Defendants, under the auspices of a legitimate subpoena, induced Mr. Meadows to produce thousands of his private communications only to use them in a concerted and ongoing effort to vilify him publicly through the media,” Meadows’ attorney, George Terwilliger, wrote in the motion.

Court filings by the committee have shown how Meadows was in regular contact before Jan. 6, 2021, with Republican allies who advanced false claims of election fraud and supported overturning the results of the race won by President Joe Biden. A filing a week ago cited testimony from a White House aidewho said Meadows had been advised beforehand that there could be violence on Jan. 6.

The committee declined through a spokesperson to comment Saturday about Meadows’ accusations against the panel.