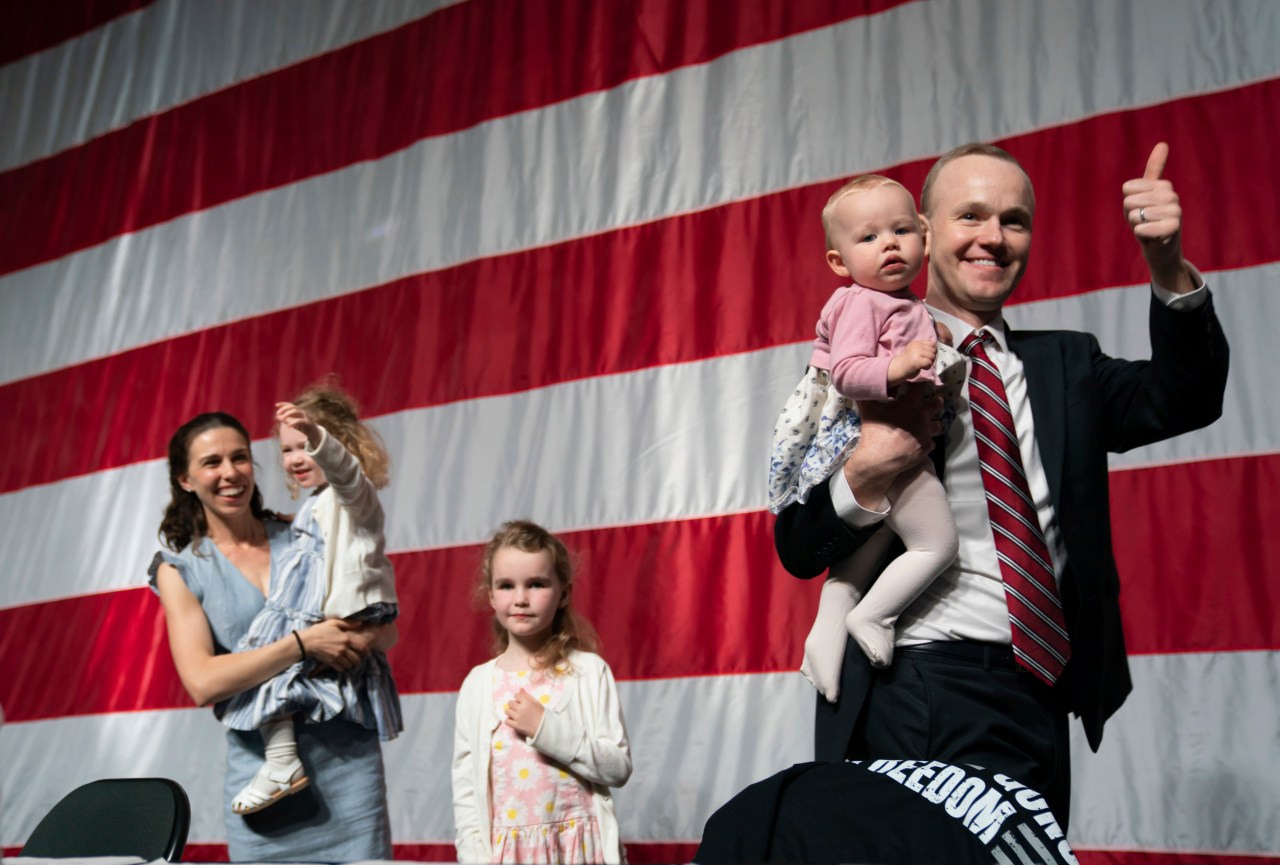 The 2,200 delegates had to complete their work by a 6 p.m. Saturday deadline for vacating the Rochester Mayo Civic Center, but the relatively fast and smooth electronic voting process Friday appeared to reduce the chances of running out of time and leaving without an endorsement. Delegates and party leaders are hoping at least one of their candidates becomes the first Republican elected to statewide office since Gov. Tim Pawlenty was reelected in 2006.

Dr. Scott Jensen, a vaccine skeptic and former state senator; former Senate Majority Leader Paul Gazelka; and business executive Kendall Qualls were among the top candidates heading into Saturday’s balloting. All had pledged to honor the party’s endorsement and forego the right to run in the Aug. 9 GOP primary, assuming there was no deadlock. Former President Donald Trump, still a potent force within the party, has not endorsed anyone in the Minnesota races.

On the fourth ballot Friday night, the convention endorsed business attorney Jim Schultz for attorney general, an office Minnesota Republicans haven’t won since 1968. He’s hoping to oust Ellison, a former congressman who led the prosecution team that won the conviction of ex-Officer Derek Chauvin in the death of George Floyd.

Schultz defeated Doug Wardlow, who was the party’s candidate in 2018 and is general counsel at MyPillow. That company’s CEO, Mike Lindell, has risen to national prominence for perpetuating the false claim that Trump won the 2020 election. Also losing were former Washington County judge Tad Jude and attorney Lynne Torgerson. Former legislator Dennis Smith plans to challenge Schultz in the GOP primary.

Jensen was expected to lead on the first ballot, but it takes 60% of the delegates to win the endorsement. The family physician from Chaska got the earliest start and raised the most money. He built a national following as he framed his COVID-19 vaccine skepticism — and opposition to mask mandates and school and business closures — as support for medical freedom.

Gazelka, a state senator from of East Gull Lake, has been stressing law and order in the wake of the sometimes violent unrest and spike in crime followingFloyd’s death in 2020. Qualls, who is Black, has underlined his rise from poverty to success and his outsider status. He raised nearly $468,000 in the first three months of the year, the highest first-quarter take for any candidate.