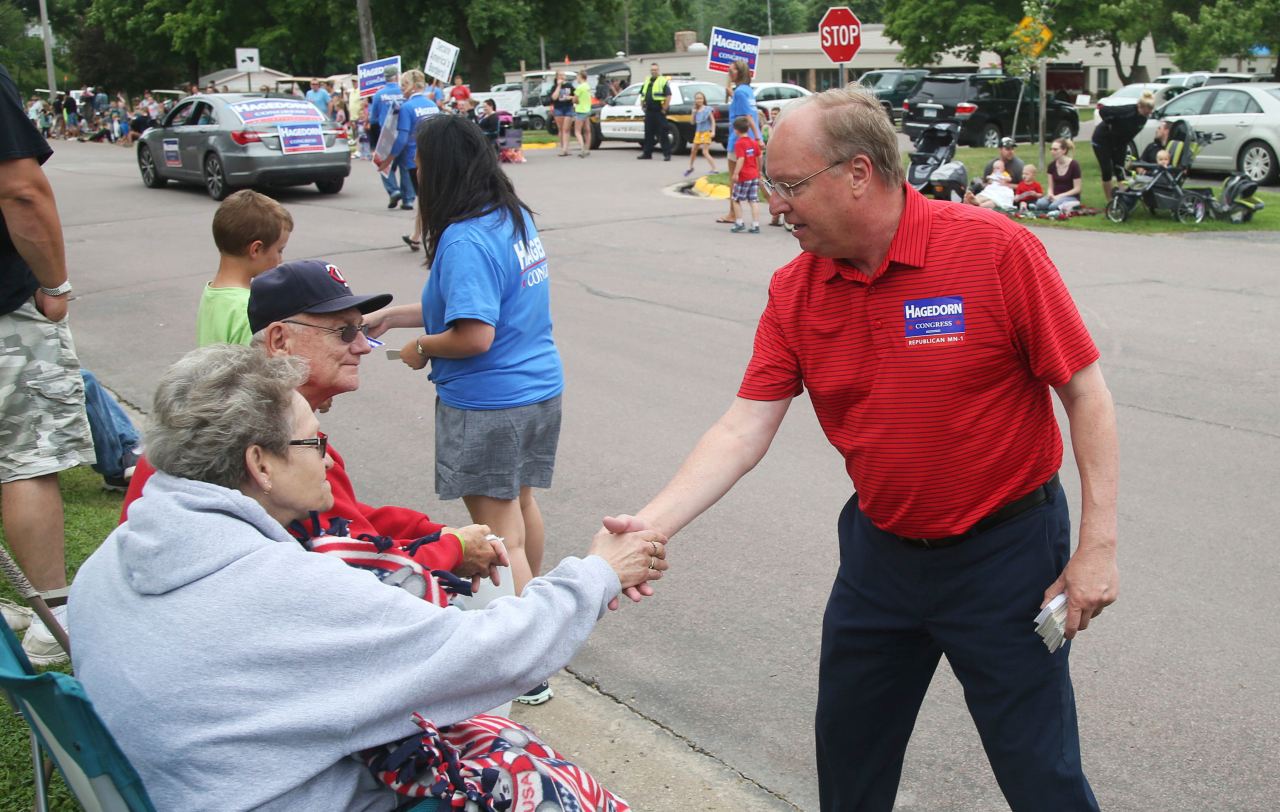 MINNEAPOLIS (AP) — U.S. Rep. Jim Hagedorn, a conservative Republican from southern Minnesota who followed his father’s footsteps into Congress, has died after a battle with kidney cancer, his wife said. He was 59.

“Jim loved our country and loved representing the people of southern Minnesota,” Carnahan wrote. “Every moment of every day he lived his dream by serving others. There was no stronger conservative in our state than my husband; and it showed in how he voted, led and fought for our country.”

Under state law, Gov. Tim Walz must call a special election to fill the vacancy. Hagedorn’s district leans Republican, and that didn’t change much when the state’s new congressional district maps were released Tuesday. Hagedorn carried the district by less than half a percentage point over Democrat Dan Feehan in 2018 and by 3 points in a rematch in 2020. No Democrats have launched campaigns for the seat in the current cycle. President Donald Trump carried the district with nearly 54% of the vote in 2020.

Hagedorn was diagnosed with stage IV kidney cancer in February 2019, shortly after he began his first term, and just a couple months after he married Carnahan, then state chairwoman for the Minnesota Republican Party.

He underwent immunotherapy at the Mayo Clinic. The treatment knocked back his cancer enough that doctors felt safe taking out his affected kidney in December 2020, which he said removed an estimated 99% of the cancer in his body. But he announced in July 2021 that his cancer had returned.

Hagedorn represented the 1st District, which stretches across southern Minnesota.

He won the seat in 2018 on his fourth try, after countless appearances in small-town parades and county fairs, and after nearly unseating then-Rep. Tim Walz in 2016. In both his 2018 and 2020 races against Democrat Dan Feehan, Hagedorn touted his staunch support for Trump and conservative positions.

“I want to be a partner with the president,” he was fond of saying during the 2018 campaign.

Trump noted their time spent campaigning together in a statement Friday, calling Hagedorn a “strong and effective legislator” who will be “greatly missed.”

In office, he voted against certifying President Joe Biden’s election, just hours after the failed Capitol insurrection, and he signed on earlier with other House Republicans to a last gasp bid to get the U.S. Supreme Court to overturn Biden’s victory. He was actively raising money for another run in 2022.

“During his service, Jim’s focus was always on the priorities of the region: agriculture, small business, transportation, and our world class health care system,” his campaign said in a statement. “Moreover, he’ll forever be known as a commonsense conservative who championed fair tax policy, American energy independence, Peace Through Strength foreign policy, and southern Minnesota’s way of life and values.”

Hagedorn was the son of former congressman Tom Hagedorn, who represented some of the same territory from 1975-83. After getting his degree from George Mason University in suburban Washington, he worked as aide to Rep. Arlan Stangeland of Minnesota, then in congressional liaison positions with the Treasury Department, before returning home to Minnesota and launching his long quest for a seat.

“Jim lived a legacy of service to our state and our country,” current Minnesota GOP Chairman David Hann said in a statement. “Please join us in praying for Jim and his loved ones in this time of sorrow.”

House Republican leader Kevin McCarthy called Hagedorn “a patriot who will be remembered for his strong Christian faith, his deep passion for serving others, and his joyful spirit.”

“Even while battling cancer, Jim never stopped working to better the lives of his constituents and his fellow Americans,” McCarthy said in a statement. “He always put others ahead of himself.”