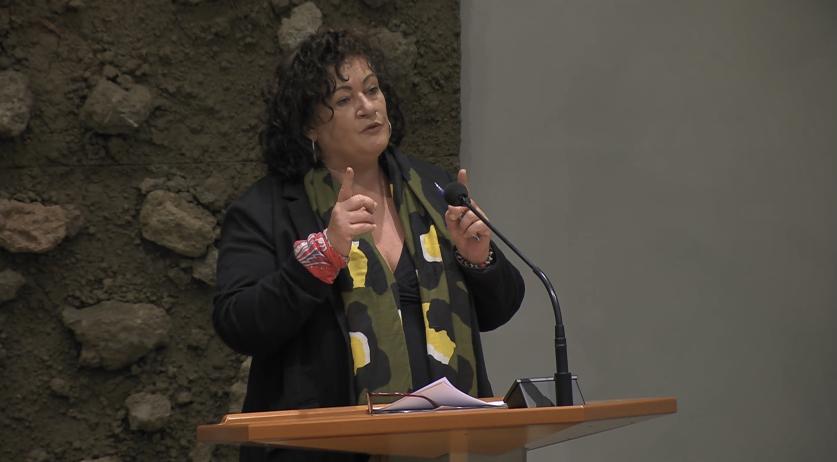 Several parties called on BBB leader Caroline van der Plas to moderate her criticism of scientists during the parliamentary debate on the Cabinet’s nitrogen policy. This happened on the same day the Netherlands Institute for Human Rights said that the government needs to do more to protect scientists participating in the public debate.

Van der Plas raised doubts about the work of scientist Leen Hordijk, who researched the reliability of the RIVM model to measure nitrogen precipitation for the Ministry of Agriculture. The MP later denied that she was questioning Hordijk’s integrity when Klaver reproached her for this.

D66 parliamentarian Tjeerd de Groot accused Van der Plas of “casting sand in the eyes” of farmers and even “misleading”  them by constantly suggesting that the science behind the nitrogen policy is incorrect. PvdD leader Esther Ouwehand also called on Van der Plas to tell her supporters a “more honest story.”

The BBB leader refused to take back her words about Hordijk. She also dismissed Klaver’s call to moderate her tone in the debate. “I stand for something,” she snapped at him.

Tweede Kamer president Vera Bergkamp called for more restraint in naming scientists because they were not present at the debate. “They can’t defend themselves.”

A group of over 300 scientists also recently called on the Tweede Kamer, the lower house of the Dutch parliament, to act against politicians who abuse parliamentary immunity to “make unfound accusations and suspicions against scientists.”

Journalists have to deal with more aggression and intimidation. But the same goes for scientists and other experts who appear in the media. “Women who express themselves via the (social) media are particularly often targeted. They experience gender-based violence, including sexist and degrading comments, harassment, and threats of sexual violence,” according to the human rights organization.

The government must do something about this, the Institute said. As with threats against journalists and politicians, it must give high priority to detecting aggression and harassment against scientists. The organization also called on the tech giants like Meta and Twitter to tackle criminal statements like hate speech and incitement to violence.

According to Jacobine Geel, president of the human rights organization, freedom of expression is “undeniably” under pressure in the Netherlands. The polarization about the coronavirus measures increased that pressure. “We are seeing a trend in which debate is increasingly giving way to online and offline name-calling, curses, and (death) threats, or even physical violence. Journalists and other media actors, such as experts, scientists, vloggers, bloggers, columnists, and politicians, increasingly face this.”

As an example, the Institute mentioned virologist Marion Koopmans canceling an appearance at Oerol last week due to safety risks. It also cited the farmers who visited Minister Christianne van der Wal (Nature and Nitrogen) at home. The Institute called the murder of Pieter R. de Vries last year “an absolute low point.”