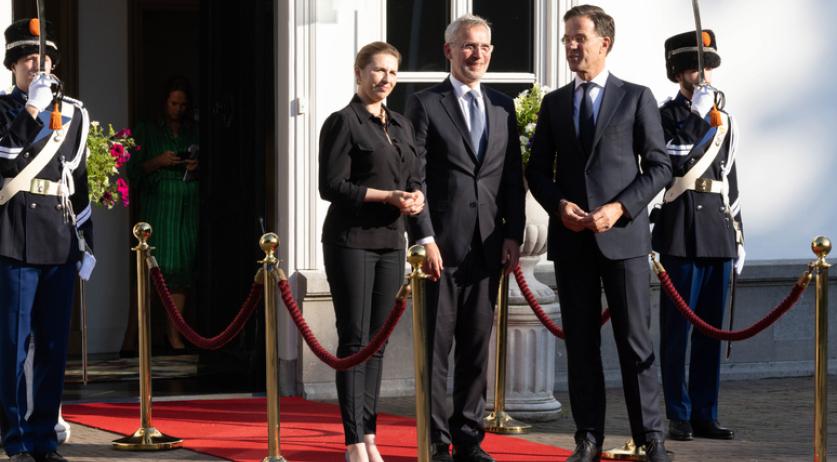 The number of heavy weapons heading towards Kyiv will increase, Stoltenberg said. They made no concrete pledges for arms assistance in The Hague. Dozens of countries will meet in Brussels on Wednesday to discuss military aid to Ukraine further. The Ukrainian government asked for more weapons to fight the Russians.

Russia must lose the war, Prime Minister Rutte said. And Ukraine must have access to all weapons, he added. Together with Germany, the Netherlands recently provided twelve Armored Howitzers to Ukraine.

On Tuesday, leaders of seven NATO countries gathered at the Catshuis, Rutte’s official residence in The Hague, in preparation for the NATO summit in Madrid later this month. They promised to strengthen NATO. According to Stoltenberg, NATO must have more troops and equipment ready for combat, especially on the eastern flank of the NATO area.

The leaders also expressed their strong support for the accession of Sweden and Finland. Turkey still opposes the NATO membership of both Nordic countries. According to Stoltenberg, they are taking the concerns of the government in Ankara seriously, and the Turks’ concerns will continue to be looked at after the summit in Madrid.