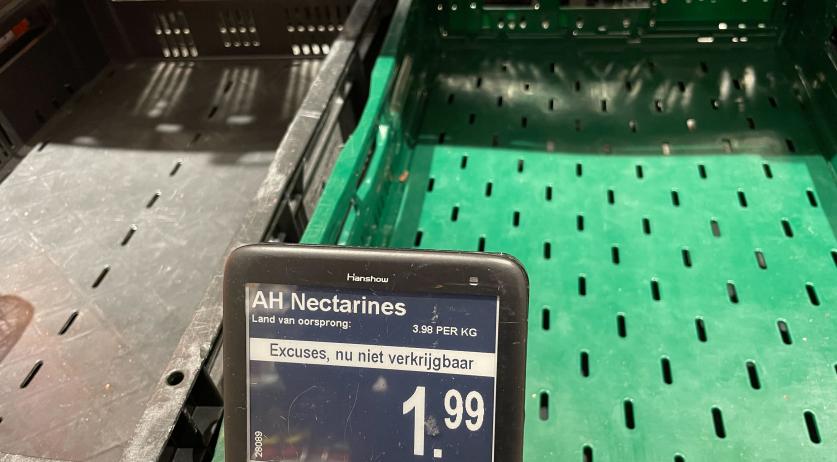 Farmers severely damaged an area of about 720 square meters on the nature reserve near Stroe by working the area with their tractors on Monday, Laurens Jansen of forestry service Staatsbosbeheer said to Omroep Gelderland.

“The site has been destroyed and also fertilized, I noticed this morning,” Jansen said to the broadcaster. “The farmers entered the Naturea2000 area. It is not a very vulnerable piece of land, but the farmers crossed a line with the action.” Staatsbosbeheer filed charges of vandalism with the police.

Farmers still blocked about ten distribution centers on Tuesday, CBL said to AD. These blockades were slowly coming to an end as the day continued.

A blockade at the Jumbo distribution center ended after a conversation with the acting mayor, according to RTV Drenthe. One in Gieten seemed to be tapering off, with only about five tractors refusing to leave.

Another group of farmers briefly blocked the entrance to the Utrecht distribution center of online supermarket Picnic on Tuesday morning. But the group left after a discussion with the police, NOS reported.

Jeroen van Maanen, a board member of the Dutch Dairy Farmers’ association, told AD that he doesn’t know where supermarkets will go to get damages compensated. According to him, the blockades were deliberately not coordinated by action groups like Farmers Defense Force or Argactie. “Farmers make plans in small groups. There is no coordination from above by an organization so that action groups don’t get claims. In this way, no one has any responsibility, and we can keep it going,” he said.

According to Van Maanen, CBL saying it wants to recover damages from farmers is only creating bad blood and making farmers more willing to take more actions.