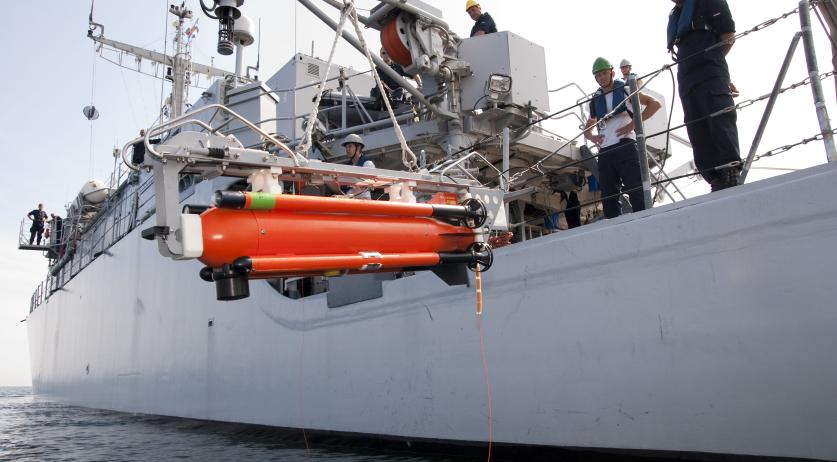 The Netherlands has offered the country’s fleet of minesweepers to help clear the way for grain ships departing from Ukraine. “If we can play a role, we are happy to do so,” Defense Minister Kajsa Ollongren said at the NATO summit in Madrid.

Ukraine is one of the key grain exporters in the world, but vital exports across the Black Sea have been halted since the Russian invasion. As a result, prices are rising and hunger is lurking, especially in the Middle East and Africa. Negotiations have been continued for months about free passage for large bulk carriers to the Ukrainian ports  which are blocked by Russia. That is the only viable way to get the accumulated grain out of the country, which cannot be transport by train or truck.

The Netherlands made its offer to help clear the sea mines on the shipping routes during a dialogue with Turkey, which is serving as a mediator in the matter. Russia and Ukraine would then have to agree on a maritime corridor, emphasized Ollongren. Neighboring NATO member states, such as Romania and Bulgaria, are also in principle more eligible to supply minesweepers, sources said.

The naval mines were laid by Ukraine to protect ports like Odessa from a Russian attack on the Black Sea. Clearing the mines is only conceivable if the security of the Ukrainian coast is ensured in some other way. Such a security guarantee could potentially be offered by other countries, such as Turkey.

The chance of a breakthrough has also increased as Russia no longer seems to have free rein in the northwestern part of the Black Sea. The Russians evacuated a strategically located island there on Wednesday.

The Russian retreat from Snake Island could bring the prospect of a corridor closer, Ollongren speculated. “But on the other hand: Ukraine has been closed off from the Black Sea de facto by the Russian fleet and that has not yet been completely solved.”

She emphasized once again that time is of the essence. “The harvest is coming, the silos have to be emptied. It has to happen now.”

“We know that Ukraine and Russia both say, ‘In this form it is possible,'” said Ollongren after talks between the Netherlands and Turkey at the NATO summit. “But you really need the aggressor, Russia, for this and Ukraine must also have confidence in it.”