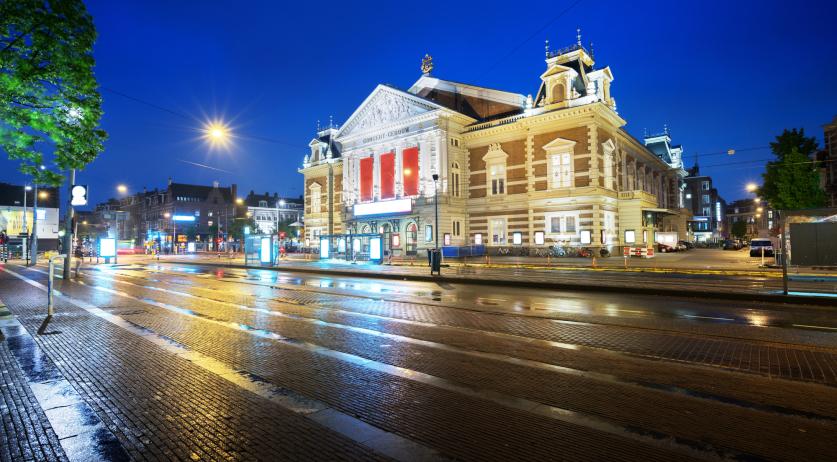 The 26-year-old Finnish prodigy Klaus Mäkelä will be the new chief conductor of the Concertgebouw Orchestra in Amsterdam, the company announced in a press conference on Friday. Mäkelä succeeds Daniele Gatti, who had to leave in 2018 following allegations of transgressive behavior.

Mäkelä is already the chief conductor of the Oslo Philharmonic Orchestra and the Orchester de Paris. Due to these current contracts, he will not start as chief conductor of the Concertgebouw Orchestra in Amsterdam until 2027. He receives a ten-year contract with the Concertgebouw Orchestra. This season (2022-2023), he will start as an artistic partner and already work closely with the Amsterdam orchestra, with five different programs.

The Concertgebouw Orchestra in Amsterdam has been looking for a new chief conductor since 2018. Recently, experts put the sought-after Mäkelä forward as the leading candidate.

When asked why he chose the Concertgebouw Orchestra, Mäkelä said that “you only have to hear the exceptional sound of the orchestra once to never forget it and admire it forever.” The young conductor hopes to give “the best class” concerts with the Amsterdam orchestra. “That’s my top priority. I’m also looking forward to meeting the public and building a relationship of trust with them.”

According to the orchestra’s directors, the agreement will “maintain the musical excellence that audiences worldwide expect from our orchestra.”

The young Finn has an exclusive recording contract with Decca, where in March, he released a debut album with the seven symphonies of the Finnish composer Jean Sibelius. In September 2020, Mäkelä led the Concertgebouw Orchestra for the first time. After that, he was asked back several times. This spring, he had his first major tour of Europe with the Oslo Philharmonic Orchestra. This season he leads the Chicago Symphony Orchestra, the San Francisco Symphony, the London Philharmonic Orchestra, and the Münchner Philharmoniker, among others.

The Concertgebouw Orchestra parted ways with its previous chief conductor Gatti after stories about undesirable behavior prompted him to hire lawyers. The orchestra then reported that “after extensive deliberations, the discontent between the two sides was resolved.” But Gatti did not return as chief.

Mäkelä will be the eighth chief of the orchestra. He was preceded in this honorable and momentous post alongside Gatti by Mariss Jansons, Riccardo Chailly, Bernard Haitink, Eduard van Beinum, Willem Mengelberg, and the very first appointed in 1888, Willem Kes.