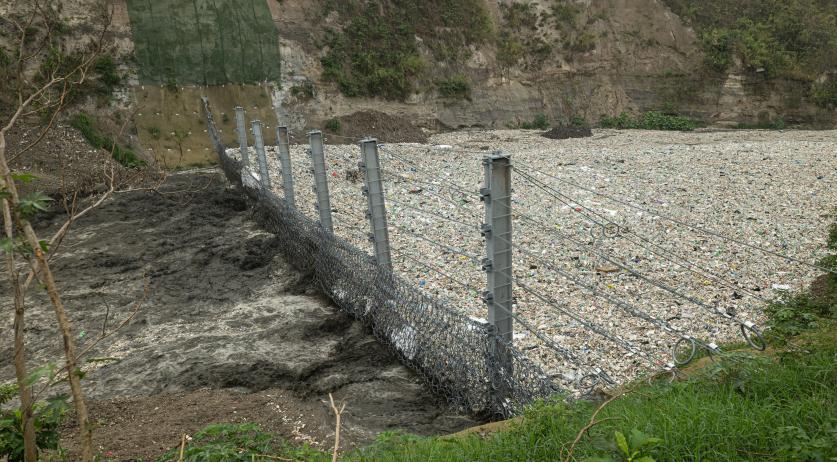 Boyan Slat’s Ocean Cleanup is testing new technology to intercept plastic waste before it washes into the ocean. A trial run with the Interceptor Trashfence is currently happening in the Rio Motagua in Guatemala – the heaviest polluting river in the world, the company said.

An estimated 20,000 tons of plastic flow through the Rio Motagua into the Caribbean Sea annually. “Based on this number, this one river alone is responsible for an estimated 2% of global plastic emissions into the ocean.”

The Interceptor Trashfence was explicitly designed for the Rio Motagua after the Ocean Cleanup researchers discovered that the immense volumes of trash quickly overpowered their existing solutions. They based the Trashfence on technology for avalanche and rockfall protection, adapting it to be applied to flows of waste coming down a river.

“The concept is simple. A giant Trashfence is erected on a dry river bed. When flash floods bring the trash washing down, the fence intercepts it and retains it in place. Once the water level comes down, excavators and dump trucks remove the intercepted waste ready for the next flash flood and the accompanying trash tsunami,” the company said.

The Trashfence is still an experimental system and not yet fully operational. Initial tests showed that it could catch a large amount of trash, but the structure took a severe beating in the flood. “Our team is working hard to get the Trashfence operational  as soon as possible.”