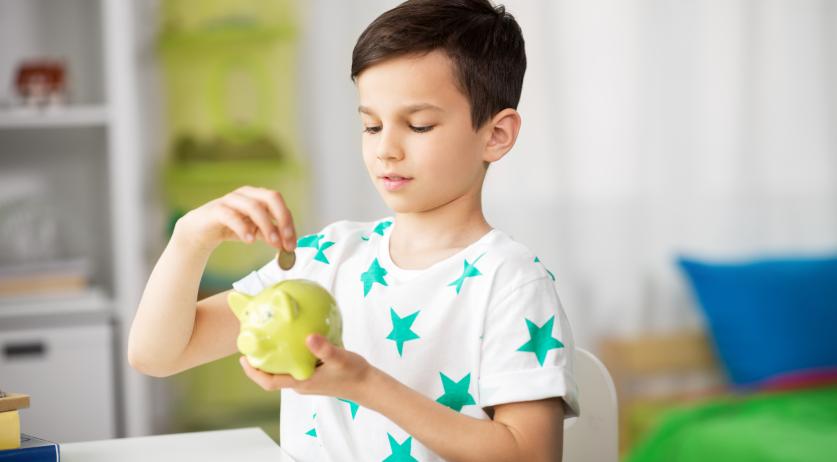 Although almost all parents find it important that their children are able to handle money well, many parents can do even more to address the issue, concluded de Volksbank. The parent company of SNS, ASN Bank and RegioBank, and several others, drew the conclusion from its own research.

The majority of parents do not make agreements with their children about how much pocket money they should save, according to the research. Moreover, almost a third of parents have never taught their children to keep a PIN secret or that they should shield the number pad when entering the PIN. More than half of the parents surveyed believe that the school has a duty to teach children how to handle money.

De Volksbank conducted a survey at the beginning of the year of more than 1,100 Dutch parents aged 25 and older with children between the ages of four and 12. They found that an allowance is an “essential” part of parenting for many parents. The majority of children in that age bracket receive pocket money. The older the child, the more often the pocket money is given digitally. One-fifth of all children have a debit card, and these children are usually older.

Most parents say they are aware of the dangers of fraud via WhatsApp, phishing, and other scams. The figures show that there is still plenty of room for improvement “across the board,” according to Marinka van der Meer, customer and brand director at de Volksbank.

Fraud and phishing are especially problematic “because there is an enormous increase in the number of young people with debt,” Van der Meer explained in a press release. The bank also warned against the influence of social media and influencers, which can tempt children into impulse purchases.

The research also showed that children mainly spend their pocket money on small toys, accessories, and gadgets. This is followed by sweets and snacks, construction toys, games or apps, and hobby materials.