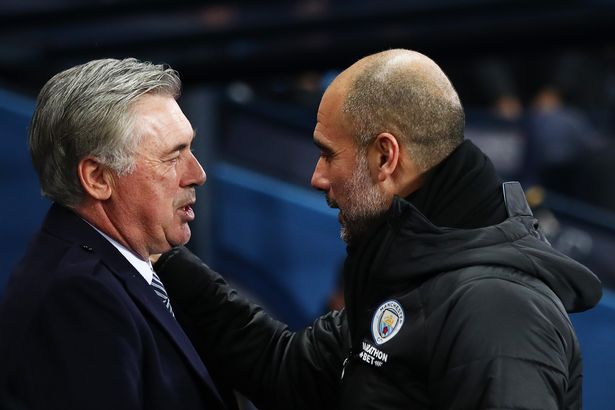 Los Blancos welcome the Premier League side to the Santiago Bernabeu to contest the second leg of the Champions League semi-final. It’s as big a game as they come.

And Madrid are in a good mood going into the tie having won La Liga with four games to spare at the weekend following their 4-0 defeat of Espanyol at the Bernabeu.

City won by an identical scoreline against Leeds United at Elland Road, of course, and do hold the advantage of having won the first leg at the Etihad Stadium 4-3 before travelling to Spain.

Despite that, Madrid are confident they can pull off another comeback, just like they’ve done against Paris Saint-Germain and Chelsea in the last 16 and quarter-final of the competition.

Madrid coach Carlo Ancelotti will look to turn a good season into a great one by defeating City and earning a shot at what would be a record fourth Champions League title as a coach.

The Italian is a man who’s earned the respect of all of football throughout his career, including his opposite number tomorrow.

“I congratulated him for winning the Spanish title last week,” City coach Pep Guardiola said in his pre-match press conference in comments carried by Marca and Football Italia.

“I admire him. He’s been all around the world, coaching fantastic teams. He’s an exceptional person.

“I’ve known him for a few years and every time we’re together he’s very calm, he perfectly controls his emotions.”