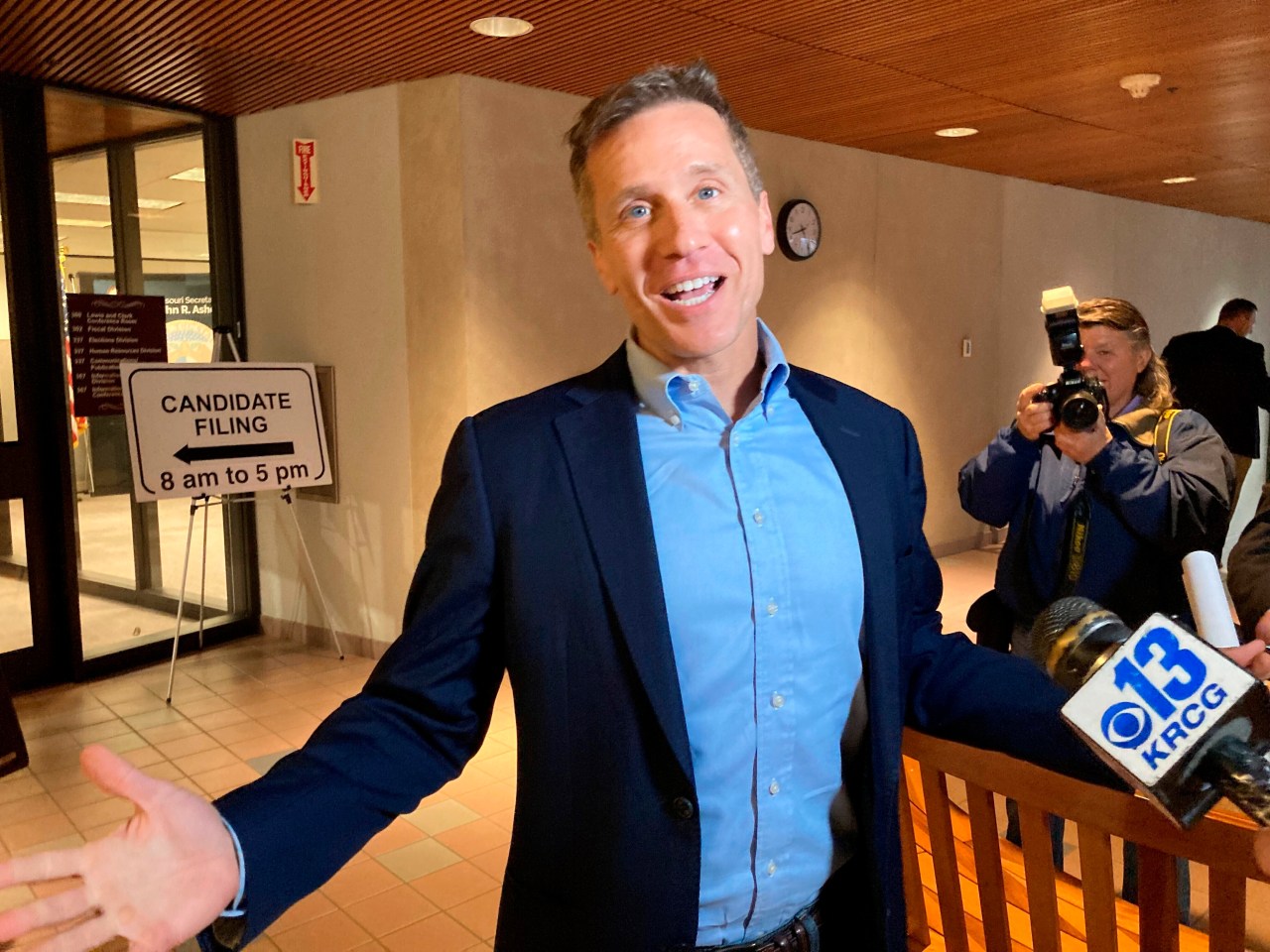 ST. LOUIS (AP) — Jury selection begins Thursday in St. Louis in the perjury and evidence tampering trial of the man whose investigation played a key role informer Missouri Gov. Eric Greitens’ 2018 resignation, just as Greitens is running for U.S. Senate amid allegations of abuse from his ex-wife.

Private investigator William Tisaby was indicted in 2019 on six counts of perjury and one count of evidence tampering, crimes prosecutors say he committed while investigating allegations that Greitens took a compromising photo of a woman and threatened to use it as blackmail. Jury selection is expected to take two days, with testimony scheduled to start Monday.

The Tisaby case also arrives weeks ahead of a hearing over the fate of St. Louis prosecutor who hired him. Missouri’s chief disciplinary counsel has accused Circuit Attorney Kim Gardner of concealing evidence that might have helped Greitens. Her hearing is April 11.

If the charge is sustained, she could face a wide range of penalties, the worst possibility being revocation of her law license. Unlike Tisaby, Gardner has not been criminally charged and has maintained she did nothing wrong.

Tisaby’s trial comes as Greitens, amid a political comeback effort,faces allegations from his ex-wife that he was physically abusive and told her he did take the compromising photo. In a sworn affidavit from Sheena Greitens filed in a Missouri court Monday as part of the Greitens’ child custody case, Sheena Greitens casts her ex-husband as someone who threatened to use his political connections and influence in order to destroy her reputation to win custody of the children.

He’s among several candidates seeking the Republican nomination for retiring Sen. Roy Blunt’s seat. Early polling ahead of the August primary shows Greitens and Attorney General Eric Schmitt as the frontrunners, with U.S. Rep. Vicky Hartzler not far behind. Hartzler and Schmitt were among the GOP candidates who called for Greitens to back out of the race after the court filing.

Greitens was just a year into his first term as governor in January 2018 when he admitted to a 2015 extramarital affair with his St. Louis hairdresser. What turned that into a criminal investigation was an audio recording made secretly by the woman’s husband. In it, she said Greitens bound her hands to exercise rings, blindfolded her and removed her clothing before taking the photo and threatening to disclose it if she ever spoke of the affair.

In the affidavit Sheena Greitens said her ex-husband admitted to her that he had, in fact, taken the compromising photo of the hairstylist. But she says in the affidavit that he warned her that she could face legal trouble of her own if she ever disclosed that fact. She later learned that was not the case.

Greitens has pointed to the charges against Tisaby and moves to discipline Gardner as evidence that he was the victim of politics and unfair prosecution. From the outset, he accused Gardner, a Democrat, of a political vendetta.

In an unusual move, Gardner hired Tisaby, a former FBI agent, to investigate, rather than relying on police. His investigation led to a felony charge of invasion of privacy. Greitens said the affair was consensual and denied criminal wrongdoing.

Jury selection had just begun in May 2018 when Gardner dropped the charge after a judge ruled she would have to answer questions under oath from Greitens’ attorneys, who had attacked her handling of the case. She said that it put her in an “impossible” position of being a witness in a case she was prosecuting.

Meanwhile, Gardner had filed a second, unrelated, charge accusing Greitens of tampering with computer data for allegedly disclosing to his political fundraiser a list of top donors to a veterans charity he founded, The Mission Continues, without the charity’s permission. That charge was dropped when Greitens agreed to resign. He stepped down in June 2018.

The indictment against Tisaby, who lives in Trussville, Alabama, accused him of lying during a deposition in preparation for Greitens’ trial and concealing notes taken during an interview with the former governor’s accuser. The indictment says Tisaby lied under oath “about matters which could substantially affect, or did substantially affect, the course or outcome of the Greitens case.”

The indictment alleged that Tisaby denied taking notes during his interview of the hairdresser, although a recording of the interview that he initially said was unwatchable because of an equipment malfunction showed him doing so. The indictment also said that Tisaby claimed he didn’t receive notes from the prosecutor’s office before he interviewed the woman, although a document uncovered during the grand jury proceedings shows that Gardner had provided Tisaby her notes.

The indictment also was critical of Gardner, saying she failed to correct false statements. It noted that relying on an outside investigator rather than police was “contrary to normal protocol.”

Tisaby’s attorney, Jermaine Wooten, has called Tisaby “an honest and decent man” who is “very upset he’s being used as a scapegoat.”