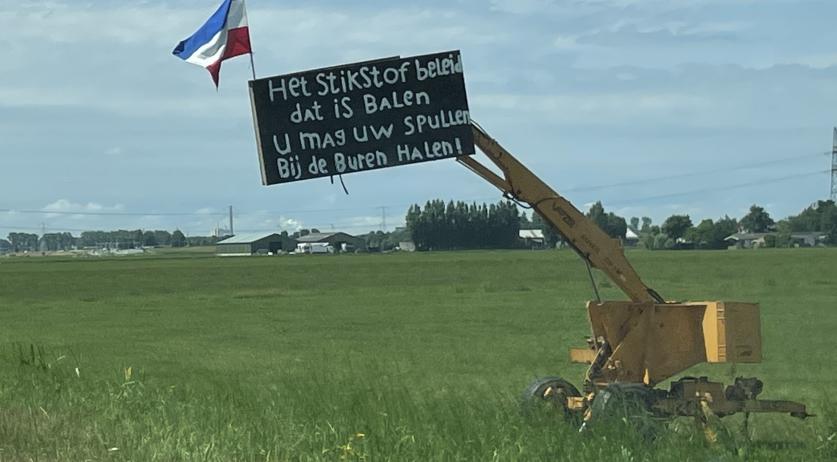 The police intervene in demonstrations organized by climate activists more quickly than in the farmers’ protests, says prominent criminal justice attorney Bénédicte Ficq. “The police already arrest climate activists when demonstrations are peaceful,” says the lawyer, known for her participation in many court cases, including a lawsuit against Tata Steel. “The farmers are left alone for a much longer period of time,” she adds.

“I understand that the police and the judiciary do not want to allow things to explode in the Netherlands,” Ficq continues. “It is a de-escalation policy. Major escalations are not expected among the climate activists, but [they are] among the farmers who use tractors. That is why the peaceful climate activists are handcuffed.” She says she understands the policy but considers it to be a double-standard.

The police force leadership says in a response, “We do not accept disturbances to public order, violence and threats: we arrest offenders within the limits. That is sometimes more difficult with these farmer protest than with some other demonstrations, also because the actions very spread out.” In addition, according to a spokesperson, the farmers use their tractors. “The use of tractors quickly makes it unsafe for other road users, and then safety has priority over enforcement at that time. But we cannot immediately arrest everyone at other demonstrations.”

The actions of the past few days were “extremely violent and disruptive,” Ficq finds. “Visits to government officials, intimidation and threats of violence. In my view, that is unacceptable. You are being held hostage by people who are prepared to use violence.”

The actions in front of the home of Nature and Nitrogen Minister Christianne van der Wal border on terrorism, according to Ficq. Fellow lawyer, Christian Flokstra, pointed this out a day earlier via Twitter, saying that if the actions intensify and are aimed at preventing the minister from carrying out her policy, then “you slide towards [a] terrorist objective.”

“The government has to set a limit,” says Ficq. “The farmers need to know what a democracy is, and that they are part of it. Ultimately you are expected to accept decisions that have been made democratically. There are always people who draw the short straw.”

In the meantime, she understands some of the farmers’ reactions to the policy. “For years, little action has been taken in the nitrogen dossier. That is also due to a government that does not act. But the violence by farmers that we are now seeing is disruptive. You hold your breath.”