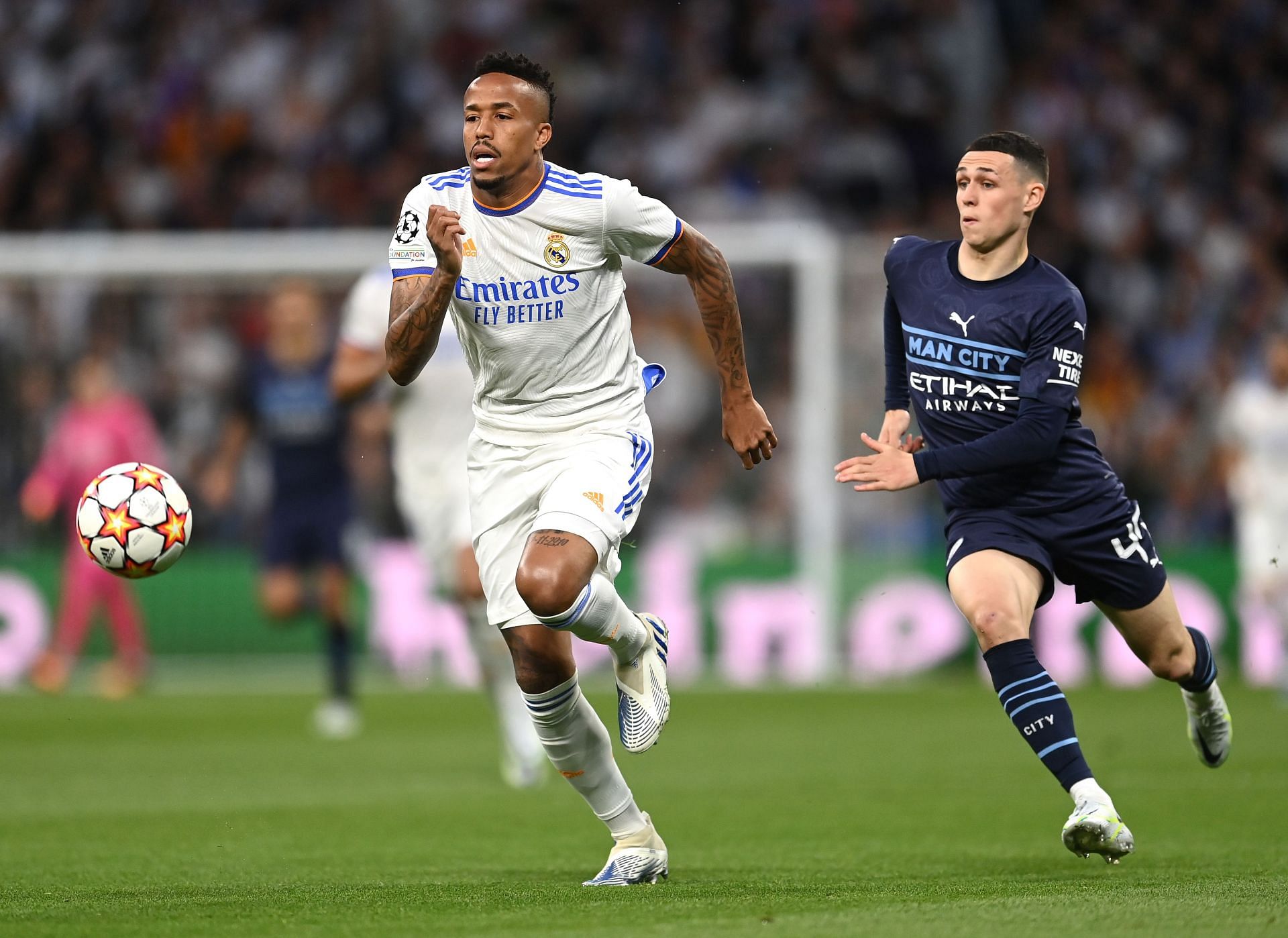 Eder Militao has been a pivotal part of the Real Madrid team that enjoyed so much success this past season.

The Brazilian centre-back has formed a superb relationship with David Alaba at the heart of the Spanish club’s defence, serving as sterling replacements for Sergio Ramos and Raphael Varane, who both left the Santiago Bernabeu last summer.

“When [Ramos and Varane] left, people stressed because they had made so much history at the club,” Militao told Marca on vacation in Ibiza.

“I thought that my time had come to do things well and show the fans, as well as the whole world, that they could also count on me. And I have put together great displays and shown why I am at Real Madrid.

“I have demonstrated [why he cost €50m]. Things did not go well when I arrived because I had two centre-backs ahead of me who had been together for a long time. Now I have shown the reason for my signing.”

Militao made 50 appearances across all competitions this season, contributing two goals and three assists for a team that won both La Liga and the Champions League.

Born in Sertãozinho in Sao Paulo, Militao began his career in Brazil with Sao Paulo and broke into the first team in 2017. After a season he secured a transfer to Europe with Portuguese outfit Porto, joining Madrid after a season in the Liga NOS.

A Brazilian international, Militao has earned 22 caps for his country and will be an important part of Tite’s squad when they head to Qatar for the World Cup.