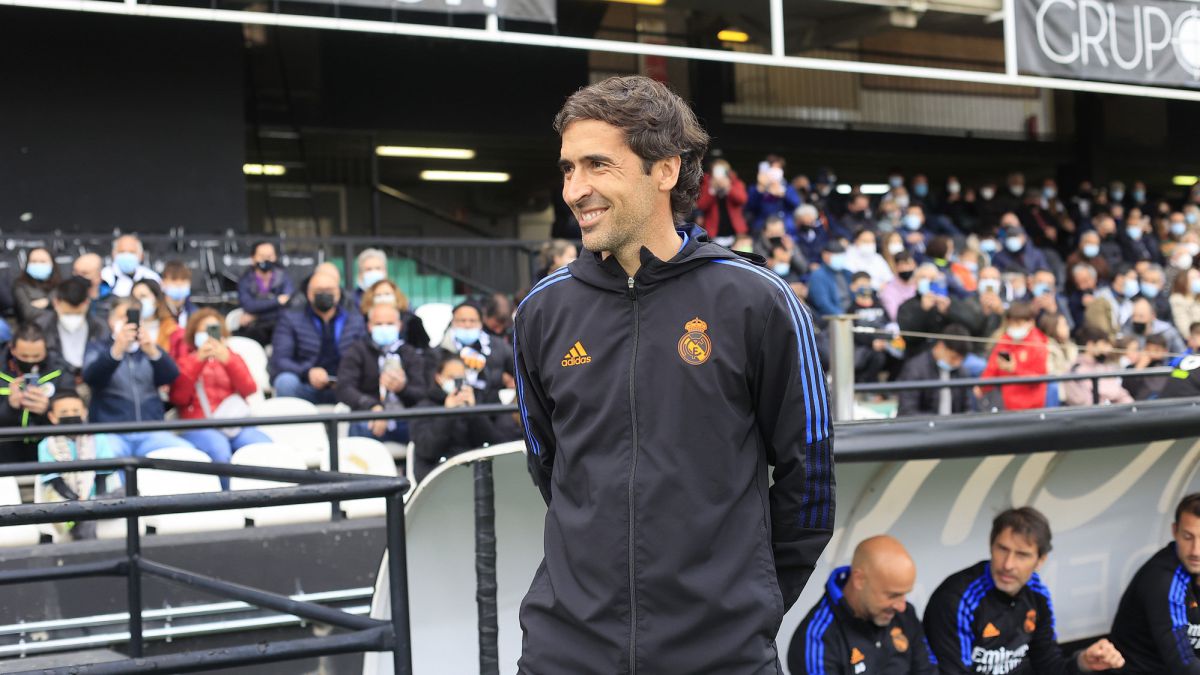 Raul is continuing to grow and develop as a coach according to a report by Diario AS. The Spaniard is currently in charge of Castilla but has designs on one day becoming the coach of Real Madrid. The 44-year-old yesterday celebrated his thousandth day as a coach, an adventure he began back on June 20th of 2019.

Raul has led Castilla in 79 games, recording 31 wins, 23 draws and 25 losses. His teams have scored 121 goals and conceded 100. The legend has built a competitive side, gone through tough moments and seen several of his players – like Victor Chust, Miguel Gutierrez, Sergio Arribas, Marvin Park, Antonio Blanco, Sergio Santos and Peter Gonzalez – debut with the first team.

Castilla beat Atletico Sanluqueno 5-2 last weekend to revive their hopes of making a promotion playoff by season’s end. They travel to Sabadell this Sunday but then have three home games to look forward to; against Linense, UCAM and Sevilla Atletico.