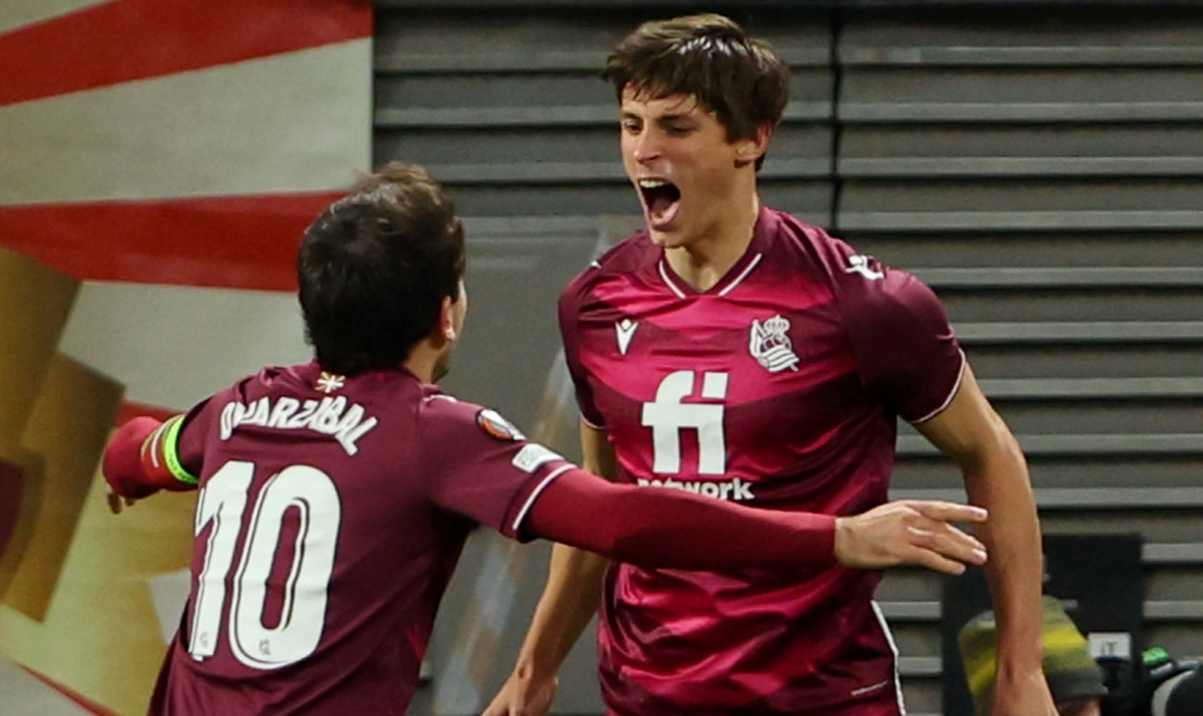 Real Sociedad couldn’t quite leave Germany with a win in the first leg of their Europa League knockout stage playoff clash.

La Real put on an impressive display away from home against a Leipzig side that dropped out of the Champions League this season.

But they had to settle for a point against the Bundesliga giants following a late penalty.

Robin Le Normand put Real Sociedad ahead as early as the ninth minute, but Leipzig fought back before half-time.

The talented Christopher Nkunku levelled the scores to ensure the two sides were level heading into the break.

La Real continued to cause problems from set-pieces after the break, and they won a penalty in the 64th minute.

But there was to be another spot kick, with Leipzig getting the chance to equalise in the 82nd minute.

Emil Forsberg took full advantage to ensure the sides are all level heading into next week’s second leg at La Reale Arena.

And with no away goals, it’s very much all to play for heading into that second leg clash.