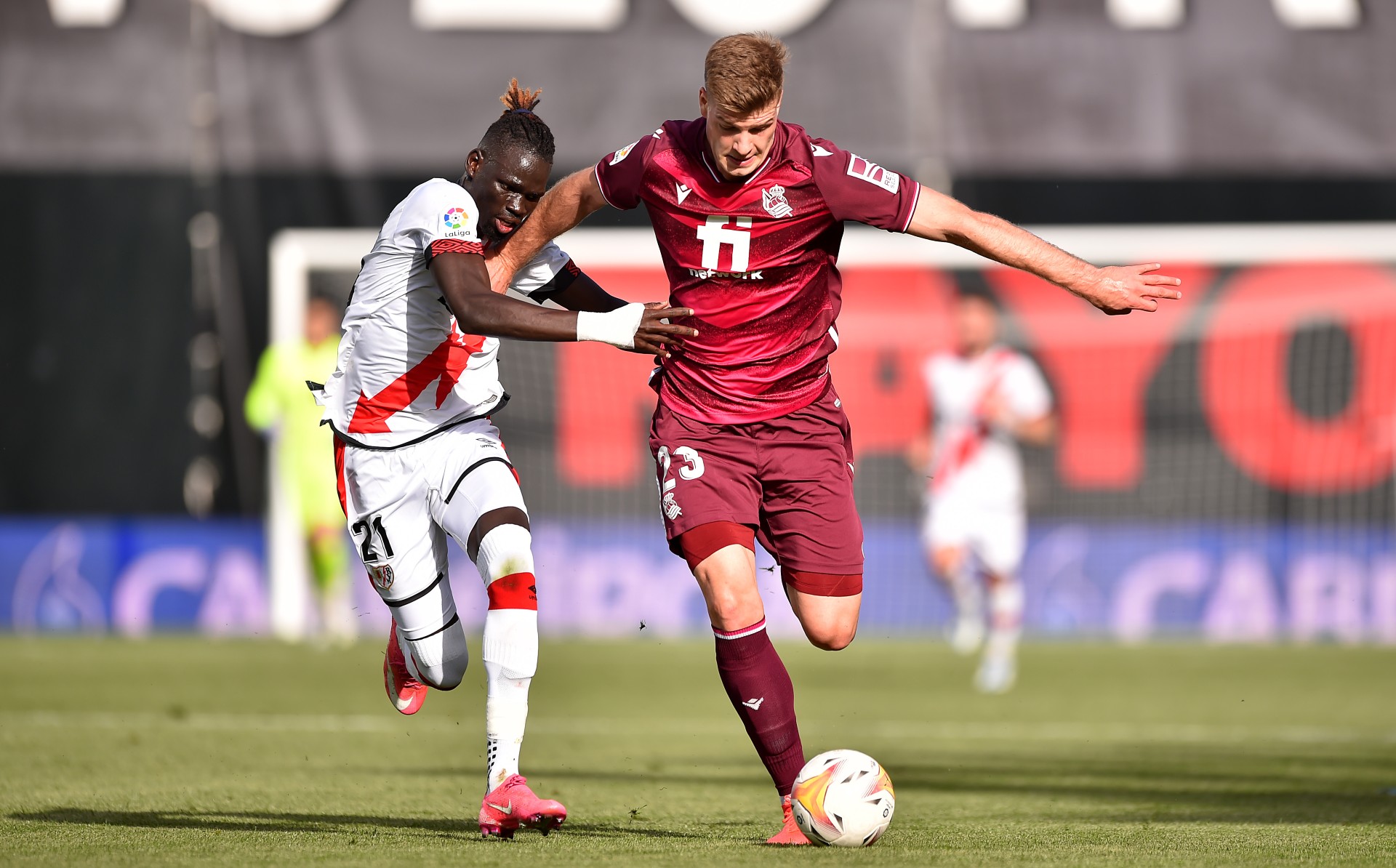 Real Sociedad have slipped up in their drive to secure a Top Four finish in La Liga this season after drawing 1-1 at Rayo Vallecano.

Imanol Alguacil will view a point in Vallecas as a chance missed to put pressure on Atletico and Real Betis, during the run-in, and they may have to settle for Europa League football next season.

The visitors did create the better chances early on in the Spanish capital, with Portu denied in the opening stages, before Swedish star Alexander Sorloth fired home a deserved opener.

However, the home side remained a threat either side of the restart, with Unai Lopez coming close on two occasions.

Rayo’s late pressure eventually paid off, as substitute Radamel Falcao pounced from close range, after Alvaro Garcia was kept out.

Up next for La Real is a trip to struggling Levante next weekend with Rayo heading across Madrid to face rivals Getafe.