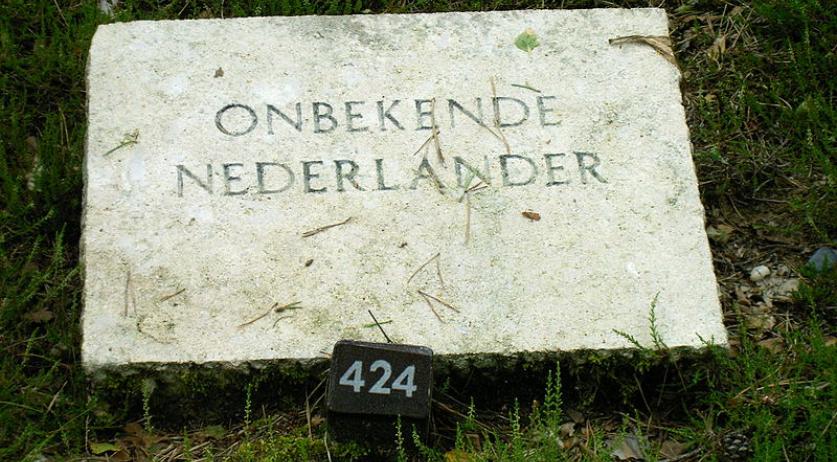 Almost 80 years after he was arrested and disappeared during World War II, the remains of resistance fighter Cornelis Pieter Kreukniet have been identified. The DNA of a second cousin has determined that the remains that were excavated in 1947 from an anonymous grave on the Waalsdorpervlakte are Kreukniet, the Ministry of Defense reported on Saturday.

Kreukniet, born in 1894, ended up in the “Oranjehotel” detention center in Scheveningen after the Germans arrested him on Oct. 8, 1944 for printing and distributing illegal literature. He then disappeared without a trace. According to the death book of the Oranjehotel, he died on Oct. 28, 1944 of pneumonia and pleurisy. But according to research by the Salvage and Identification Service of the Royal Netherlands Air Force, this is false and he was killed by a firing squad instead.

The body was exhumed in 1947 from a mass grave with nine people on the Waalsdorpervlakte and taken to the military identification center in Leusden. It was not possible to determine who it was at the time, but the excavation report does contain indications such as dentures and a shirt with a store brand from a clothing store close to Kreukniet’s house, according to the Ministry of Defense. Because identification failed, the remains were buried in Leusden as an “unknown Dutchman.” The remains were given a place in 2012 on the National Field of Honor Loenen.

About 30 people who were killed by German occupiers on the Waalsdorpervlakte during World War II have not yet been identified, according to the Ministry of Defense. They are buried nameless in, among other places, the National Field of Honor Loenen.

Krekniet was identified because a second cousin recently delivered DNA. The Salvage and Identification Service of the Royal Netherlands Air Force (BIDKL) is calling on relatives of other unidentified victims of the Waalsdorpervlakte who have not yet come forward to contact them and provide DNA.