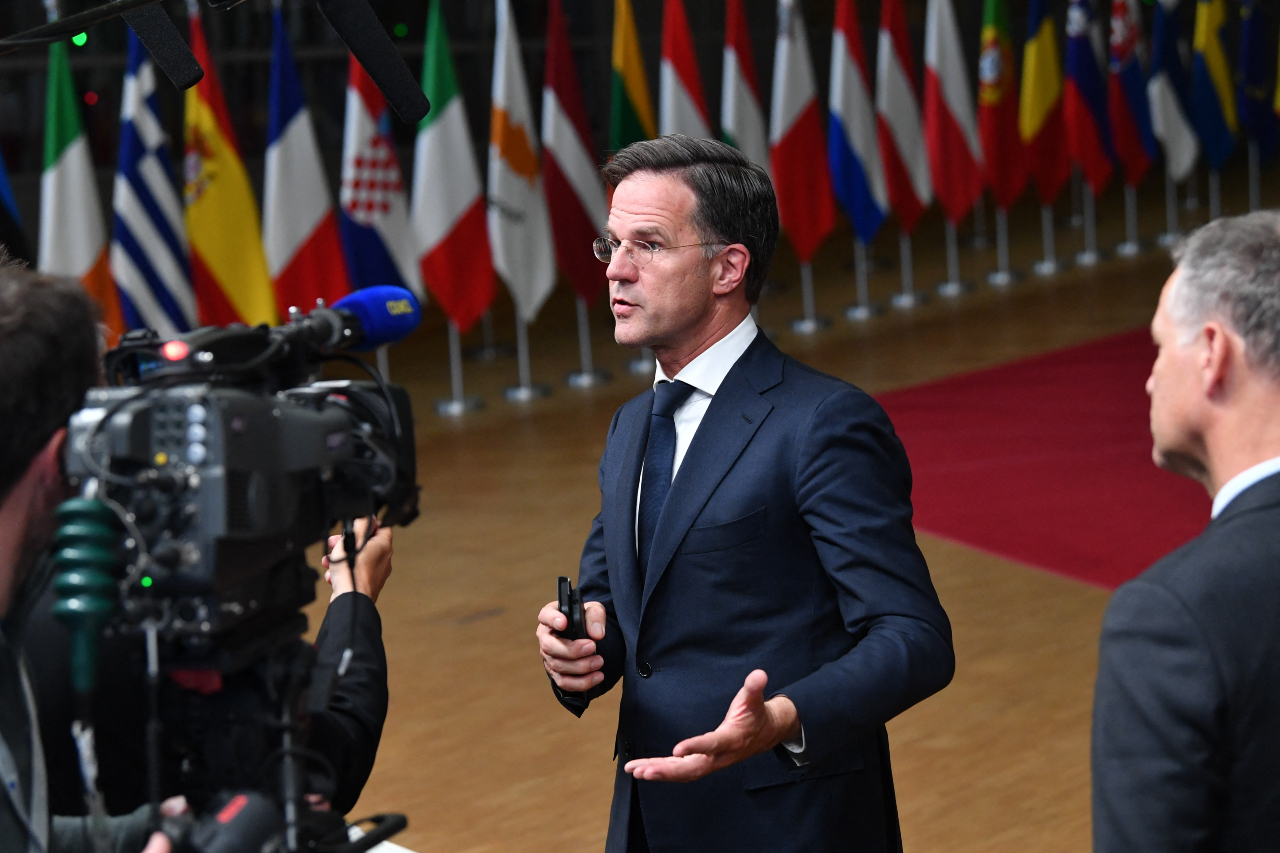 Mark Rutte speaks to reporters after the deal was agreed in the early hours of Tuesday. Photo: ANP/John Thys

Prime minister Mark Rutte has said the EU deal to boycott most Russian oil will step up economic pressure on Vladimir Putin’s regime.

Rutte said the EU-wide agreement to stop importing oil by sea would not have an impact on Rotterdam, which imports 30% of its crude oil and 20% of oil products from Russia.

Countries such as Slovakia and Hungary will still be allowed to import Russian oil by pipeline, but the deal explicitly bans them from selling it on. The boycott, which takes effect at the end of this year, will cover around 75% of current exports.

Rutte said: ‘It was a difficult birth, but I’m glad we managed it. There will be a boycott on oil being transported by ship. Poland and Germany have also stated that they want to stop using Russian oil by the end of this year.

‘If you put that together then this boycott will hit 80%, maybe 90% of all oil coming out of Russia.’

He added: ‘It’s reasonable that we say to countries in Eastern Europe who are solely dependent on Russian oil, which is a legacy of the Soviet era, and still have old refineries, that they get the time to modernise those refineries.’

The deal was announced on the same day that Russian gas firm Gazprom announced it would stop supplying gas to the Netherlands because the company that handles imports, GasTerra, is refusing to pay in roubles.

GasTerra said it had already purchased gas from other sources to make up for the shortfall of around 2 billion cubic metres, but energy experts said the government needed to make arrangements for the long term. GasTerra’s contract with Gazprom expires on October 1 and is not expected to be renewed.

René Peters, gas specialist at the Netherlands Organisation for Applied Scientific Research (TNO), told fd.nl: ‘The cabinet needs to close its gas plants, step up production at its coal-fired power stations and issue permits to drill for gas in the North Sea faster.’