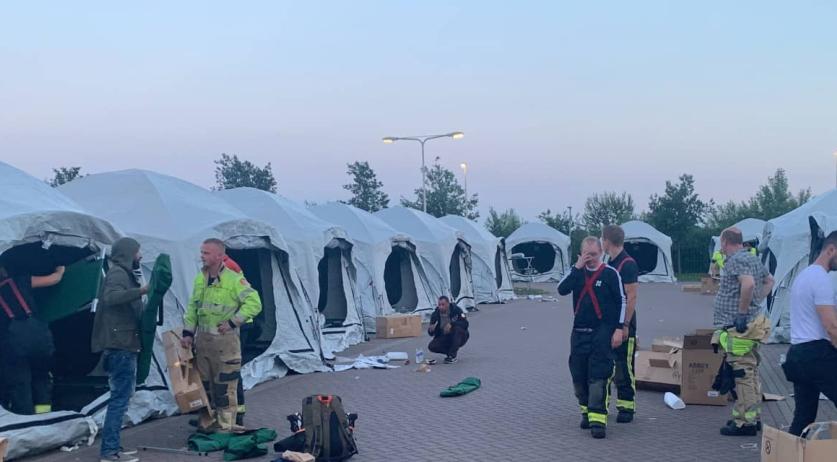 State Secretary Eric van der Burg thinks he has a solution for the most acute need in the asylum reception in Ter Apel, where there has often been a shortage of space in recent times. The security regions have promised about three hundred extra reception places for the coming days. In return, the Cabinet has pledged to come up with structural solutions quickly.

In recent weeks, asylum seekers regularly had to sleep on chairs in the application center at Ter Apel, because too few beds were available. Although the Red Cross has placed tents at the registration center since this week, there are still not always enough places to sleep.

During Thursday night, asylum seekers again had to spend the night on chairs. That day, the Red Cross had spoken of of “inhumane conditions” because asylum seekers in Ter Apel had been without food, drink and other help for 15 hours.

“What happened yesterday is really not possible,” said Van der Burg. That is why the Cabinet has decided on a crisis approach. The most concerned ministers immediately put their heads together for the first time on Friday, led by Minister Dilan Yeşilgöz (Justice and Security). They want to come up with solutions quickly, the State Secretary said after the consultation.

As early as Monday, Van der Burg must submit a plan to provide enough shelter places for the next three months. Ministers Hanke Bruins Slot (Internal Affairs) and Hugo de Jonge (Public Housing) must ensure that there are sufficient places for so-called status holders, people who have gone through the asylum procedure and are allowed to stay in the Netherlands. That plan should also be in place by Monday.

It is not the influx of asylum seekers, but the flow that is currently the biggest problem. 40,000 status holders reside in asylum seekers’ centers. As a result, there is not enough room for new asylum seekers to move on from the application center in Ter Apel, which in turn is often overcrowded.