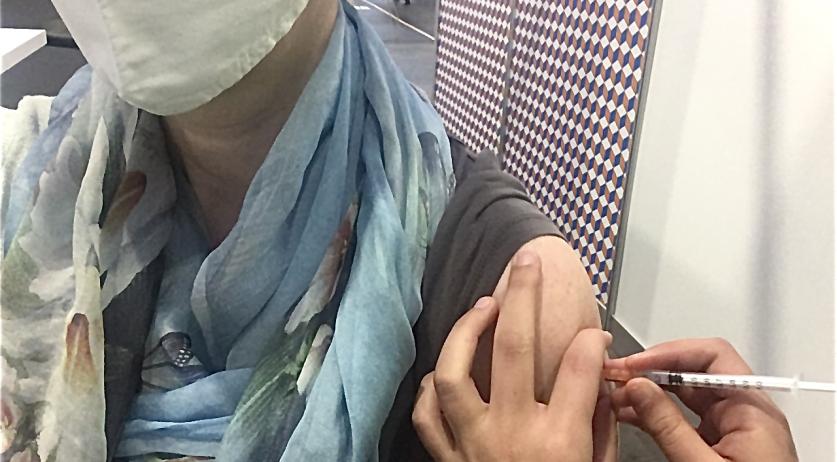 Powerful wind from Storm Eunice damaged two of the largest coronavirus testing centers in the Netherlands on Friday. The location at the Jaarbeurs in Utrecht, including the Covid-19 vaccination facility, will remain closed all day Saturday. The test location at the Amsterdam RAI convention center will be closed at least until noon on Saturday.

Additionally the vaccination points in Purmerend and Zaandam were closed by the Zaanstreek-Waterland branch of the GGD. They will not reopen until Wednesday, though the GGD did not give a reason for the five-day closure. Another winter storm, Franklin, is also expected to hit the Netherlands on Monday.

Those with appointments affected by the closures can contact the GGD to reschedule for another location or time slot.

Meanwhile, hospitals in the Netherlands were treating 1,584 patients with Covid-19, four fewer than on Thursday afternoon. The total was about three percent higher than a week earlier.

Of the patient total on Friday, 179 people were being treated in intensive care units. That was 11 more than the previous day, the largest single-day net increase in ten days. Despite the hike in ICU patients, the total remained relatively close to the lowest level since late October. The other 1,405 patients were in regular care wards, a net decrease of 15.

Coronavirus infections down 31% this week

The RIVM also learned of 49,296 coronavirus infections since Thursday morning. That brought the seven-day average down 7 percent to 58,395, according to raw data from the health institute.

The moving average fell by 31 percent since Saturday. Additionally, the positivity rate continued to drop. Some 56.9 percent of those tested by the GGD between February 10-16 received the positive diagnosis for the infection. About 100,570 were tested per day during that time, the lowest average in a month.