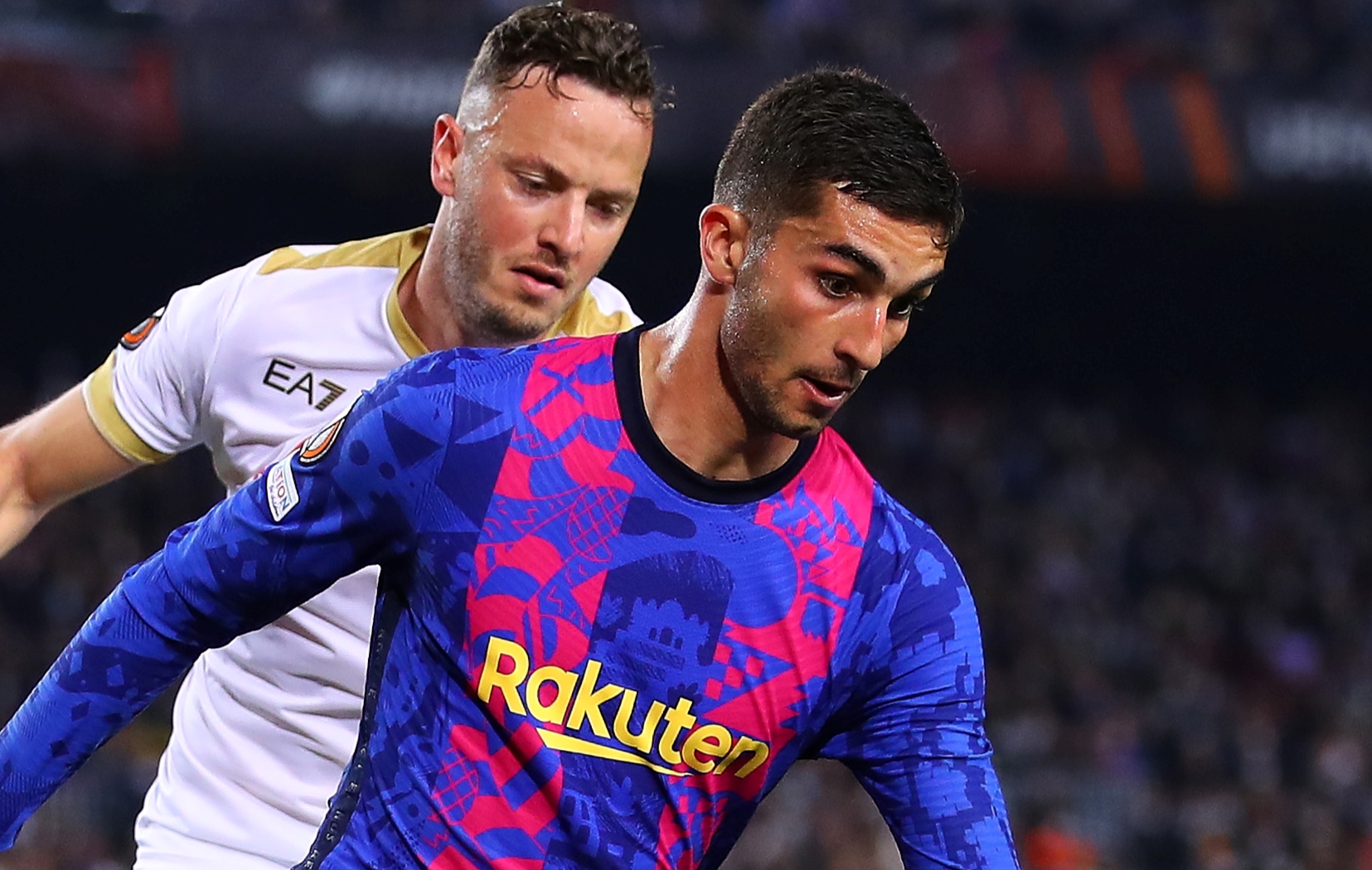 Ferran Torres was spotted wearing a strange version of a Barcelona shirt on Thursday night.

It was an interesting night for Torres, who scored Barca‘s equaliser from the spot against Napoli in the first leg of the Europa League knockout playoff clash at Camp Nou.

Torres may have scored, but he also missed a number of good chances and was left in tears after the game for that reason.

That wasn’t all, though, with the January signing also spotted wearing a defective shirt.

As the picture at the top of this article shows, Torres wore a Barca shirt without a barge of the Nike logo.

Fans immediately spotted it and wondered whether a fake shirt had made its way into Barca’s collection, though even fakes usually have the club logo.

Diario AS have since reported that it was simply a defective shirt that no one noticed in the build-up to the game.

Torres wore the correct shirt in the first half but after the second half restarted, he went to the bench to point out the issue.

At that point, there was nothing that could be done with each player only having two shirts per game.

But Barca are said to have reminded the kit staff to double and triple check all markings on the shirt from here on out.