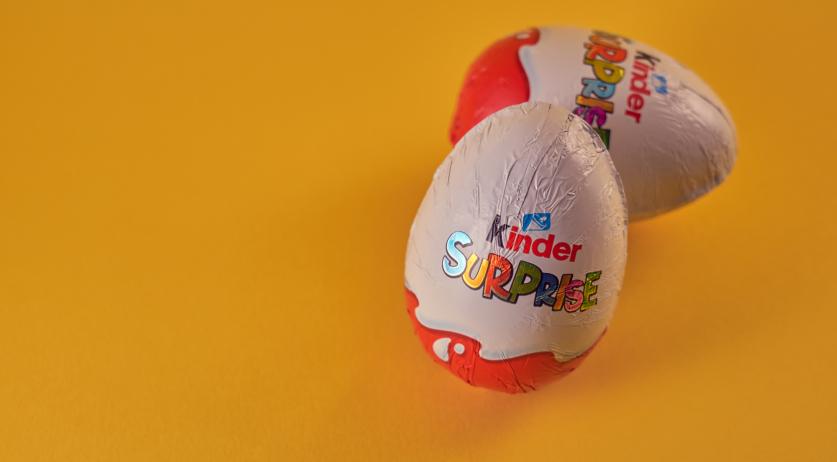 Eleven different chocolate products under the Kinder brand were to be completely removed from all Dutch store shelves due to a risk of salmonella, the Netherlands food safety watchdog NVWA announced on Friday. The product recall was expanded on Friday to cover all batches of the relevant products, regardless of their use-by date. The recall from parent company Ferrero initially covered a limited range of batches based on the dates of manufacture, and the dates by which the products were to be consumed.

“Consumers are advised not to eat the products,” the NVWA said. The products known to be at risk of salmonella in the Netherlands were produced at the Ferrero factory in Arlon, Belgium. The factory was closed on Friday by the Belgian watchdog, FASFC, after reportedly failing to provide information required as part of the investigation.

The product recall includes the popular Kinder Surprise eggs in packages of one, three, or four eggs, and the 100-gram Kinder Surprise Maxi. It also includes Kinder Schokobons in varieties of 125, 200, and 300 grams, as well as Kinder Schokobons White sold as a 200 gram package. The remaining three products on the recall list are Kinder Happy Moments (162 grams), Kinder Mix Advent Calendar (127 grams), and Kinder Mix Peluche (133 grams).

Two children in the Netherlands fell ill due to salmonella poisoning, possibly from having eaten contaminated chocolate, the RIVM confirmed. Dozens of others became sick across Europe, including 26 in Belgium. The Belgian factory will not be allowed to reopen until the watchdog determines the worksite fully complies with food safety requirements.

Refunds will be issued by Ferrero’s regional customer service office, the NVWA said in a statement.