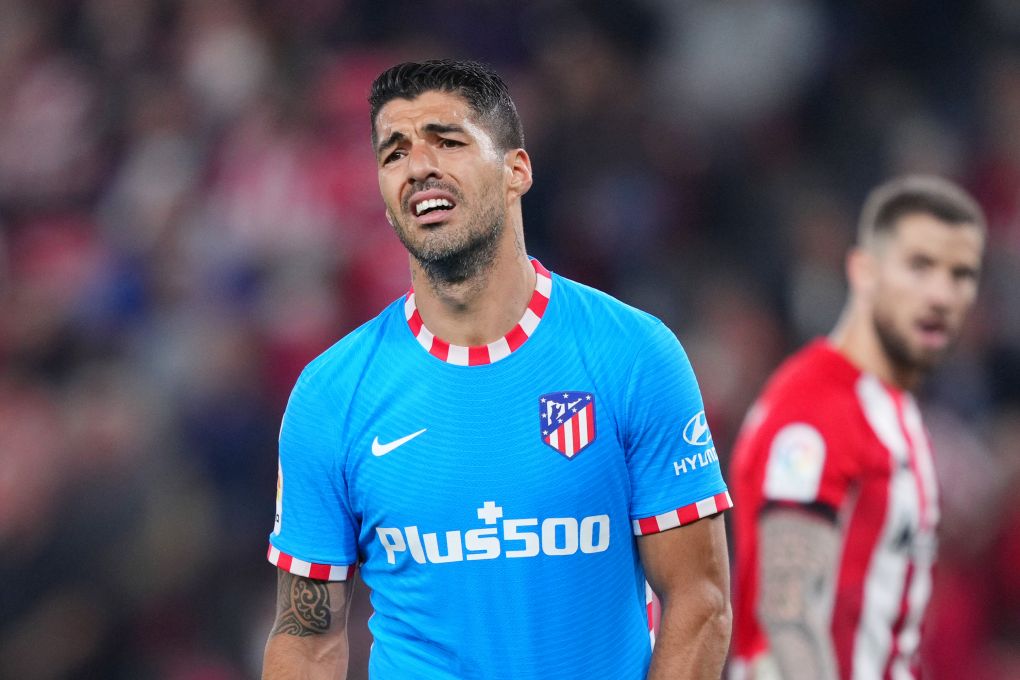 Luis Suarez is said to want a surprise return to Barcelona as he nears the end of his Atletico Madrid contract.

The Uruguayan faces an uncertain future as he enters the final years of his career.

Suarez is out of contract at the Wanda Metropolitano and a new deal does not seem to be forthcoming.

The striker is now 35 years of age, and it’s clear he is slowing down after a difficult year for Atletico.

Los Rojiblancos may call it a day with Suarez having got more than they bargained for with the striker.

After snapping him up on the cheap almost two years ago, with the former Liverpool star firing Atleti wo a La Liga title last season.

And while Suarez was left feeling somewhat betrayed by Barcelona over his exit, it’s reported he would like a return to finish his career at Camp Nou.

El Chiringuito via Sport claim Suarez has already spoken to Joan Laporta and Barca to indicate his desire over a possible return.

And he is said to be willing to lower his salary to get the deal done.

Over to you, Xavi Hernandez.