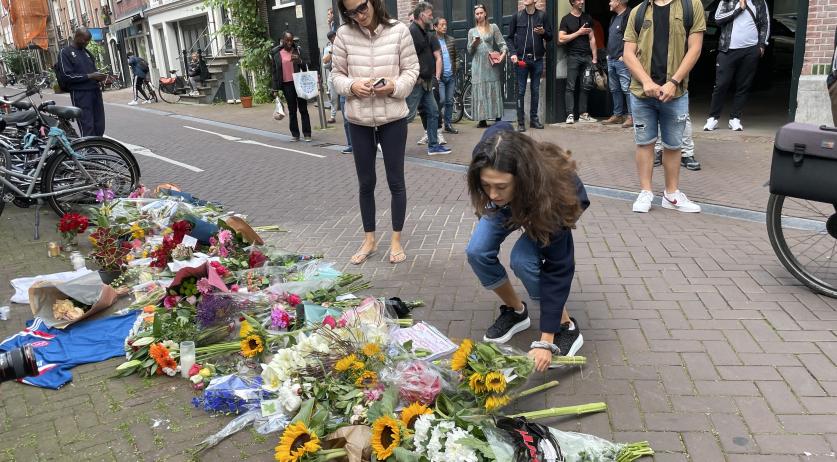 The court in Amsterdam determined on Monday that the two suspects in the murder of Peter R. de Vries must be “live in the courtroom” during the substantive criminal proceedings against them. The trial will take place on June 7 and 15.

On Monday, the court held a short, final preliminary hearing in the case. Suspect Delano G. (22) decided not to attend and remain in his cell. Suspect Kamil E. (36) attended the hearing via a video link with the prison in Lelystad, where he is in pre-trial detention.

De Vries (64) was shot on July 6 last year on Lange Leidsedwarsstraat in the center of Amsterdam. He succumbed to his injuries in hospital nine days later. The murder sent a shockwave through the nation.

The police arrested the two suspected perpetrators on the A4, near the Leidschendam exit, a few hours after the shooting. G. was the shooter, the authorities believe. E. is accused of driving the getaway car and conducting preliminary surveillance in the period before the assassination.

De Vries was shot after a performance in an RTL Boulevard broadcast as he walked from the TV studio to his car, which was parked in a parking garage on Lange Leidsedwarsstraat.

According to the Public Prosecution Service (OM), it “appears” that the murder is linked to the work De Vries did for Nabil B., the key witness in the large-scale assassinations process Marengo. Ridouan Taghi is the main suspect in this. De Vries acted as the key witness’s confidential counselor. In 2018 and 2019, Nabil B.’s brother and lawyer were also assassinated.

On Monday, the court said it would rule on this case on July 14. The court pushed it by a week in case the two days set aside for the trial are not enough.

The OM will demand punishments against the suspects on June 15. The OM incorporated an image presentation into that argument to illustrate the evidence. De Vries’s next of kin will speak on June 7. His two children gave permission for this to be filmed.

De Vries’s girlfriend will also speak about the impact the murder had on her life. She wants to explain her claim for damages against the suspects behind closed doors so that she can do it “in boldness,” her lawyer said. The court will rule on that request on June 7.