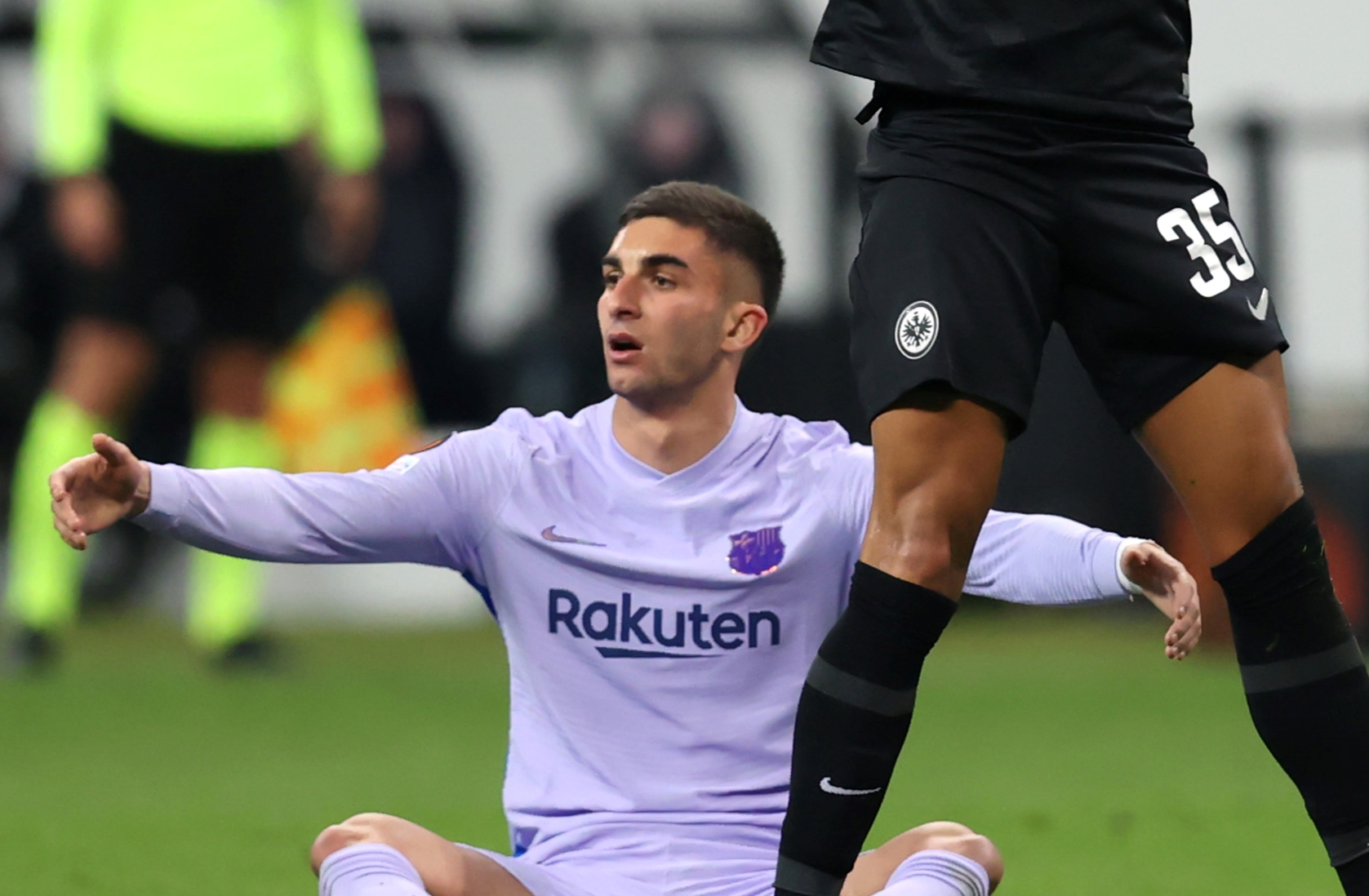 Barcelona frontman Ferran Torres has complained about the condition of the pitch following his side’s draw with Eintracht Frankfurt.

Torres was on the scoresheet as the Blaugrana took a draw home from Germany in their Europa League quarter final first leg.

Barca had to come from behind to secure the draw, while Frankfurt finished the last 12 minutes with 10 men following Tuta’s second yellow card.

The equaliser was a superb team move, with Torres and Frenkie de Jong linking up brilliantly.

But after the game, Barca were left frustrated for not taking a lead back to Camp Nou ahead of next week’s second leg.

And Torres was unhappy at the full-time whistle, particularly with the state of the pitch at Deutsche Bank Park.

“The pitch wasn’t in the best condition, though it is no excuse because we are professionals,” he told COPE.

“We are Barca and we have to fight for all the competitions in which we remain alive.”

And when clubs are trying to destable Barca’s game, a less than perfect pitch is a good place to start.

Xavi Hernandez and his men must be prepared for that, given it is, after all, part of the game.