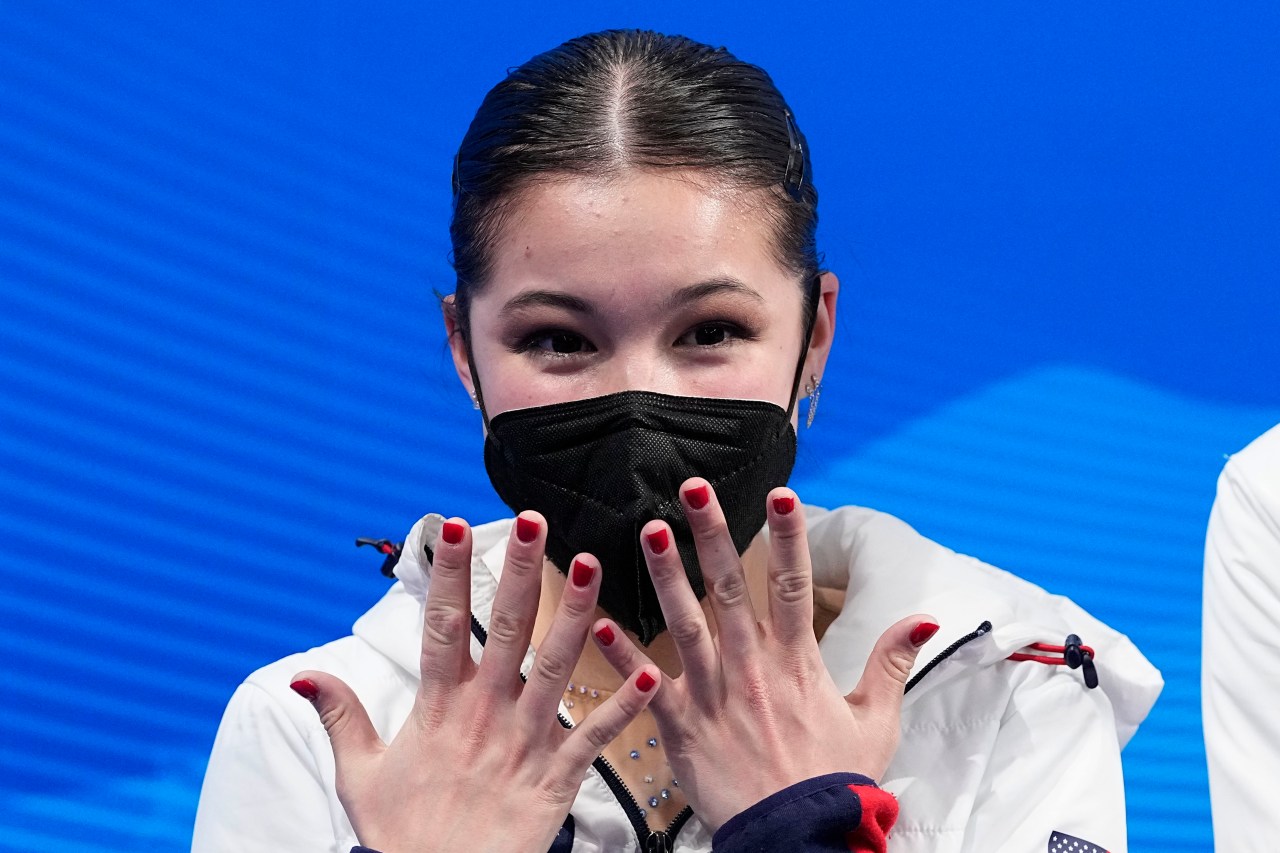 U.S. Olympic figure skater Alysa Liu and her father Arthur Liu – a former political refugee – were among those targeted in a spying operation that the Justice Department alleges was ordered by the Chinese government, the elder Liu said late Wednesday.

Arthur Liu told The Associated Press he had been contacted by the FBI last October, and warned about the scheme just as his 16-year-old daughter was preparing for the Winter Olympics that took place in Beijing in February. The father said he did not tell his daughter about the issue so as not to scare her or distract her from the competition.

“We believed Alysa had a very good chance of making the Olympic Team and truly were very scared,” Arthur Liu said.

The Justice Department earlier Wednesday announced charges against five men accused of acting on behalf of the Chinese government for a series of brazen and wide-ranging schemes to stalk and harass Chinese dissidents in the United States.

Arthur Liu said he and his daughter were included in the criminal complaint as “Dissident 3” and “family member,” respectively.

He said he took a stand against China’s bullying by allowing his daughter to compete at the recent Olympic Winter Games, where she placed 7th in the women’s event.

“This is her moment. This is her once-in-a-lifetime opportunity to compete at the Olympic Games. I’m not going to let them stop her from going and I’ll do whatever I can to make sure she’s safe and I’m willing to make sacrifices so she can enjoy the moment,” Arthur Liu said. “I’m not going to let them win — to stop me — to silence me from expressing my opinions anywhere.”

The father said he agreed to let his daughter compete with assurances from the State Department and U.S. Olympic Committee that Alysa Liu would be closely protected and kept safe while competing in China. They said she would have at least two people escorting her at all times.

“They are probably just trying to intimidate us, to … in a way threaten us not to say anything, to cause trouble to them and say anything political or related to human rights violations in China,” Arthur Liu said. “I had concerns about her safety. The U.S. government did a good job protecting her.”

Arthur Liu said a man called him in November claiming to be an official with the U.S. Olympic & Paralympic Committee, and asked for his and his daughters’ passport numbers. Arthur Liu refused to provide them and said he would call his contact at Team USA the next day.

“I didn’t feel good about it. I felt something fishy was going on,” Arthur Liu said. “From my dealings with the U.S. Figure Skating association, they would never call me on the phone to get copies of our passports. I really cut it short once I realized what he was asking for.”

Arthur Liu does not remember being approached in person by Matthew Ziburis, who was arrested Tuesday on charges that include conspiring to commit interstate harassment and criminal use of a means of identification. Ziburis was released on a $500,000 bond.

Prosecutors allege that Ziburis was hired to perform surveillance on the family and pose as a member of an international sports committee to ask Arthur Liu for a copy of his and Alysa Liu’s passports by claiming it was a travel “preparedness check” related to COVID-19. The complaint said when Arthur Liu refused, Ziburis threatened to delay or deny them international travel.

The elder Liu said he left China in his 20s as a political refugee because he had protested the Communist government following the 1989 Tiananmen Square massacre. Arthur Liu eventually settled in the Bay Area, put himself through law school and nurtured one of America’s most promising athletes.

His daughter visited their ancestral homeland for the first time while at the Olympics. Arthur Liu said his daughter has generally been warmly embraced by Chinese fans and media, who considered Alysa Liu to be one of their own.

But through the spying investigation, he learned that China was aware of an Instagram message about human rights violations against the ethnic minority Uyghurs that his daughter once posted. During the Games, Alysa Liu also told her father that she was approached by a stranger late one night at a cafeteria after the free skate event, and that the man followed her and asked her to come to his apartment.

“I’ve kind of accepted my life to be like this because of what I chose to do in 1989, to speak up against the government. And I know the Chinese government will extend their long hands into any corner in the world,” Arthur Liu said. “I’m going to continue to enjoy life and live life as I want to live. I’m not going to let this push me down and I’m not going to let them succeed.”