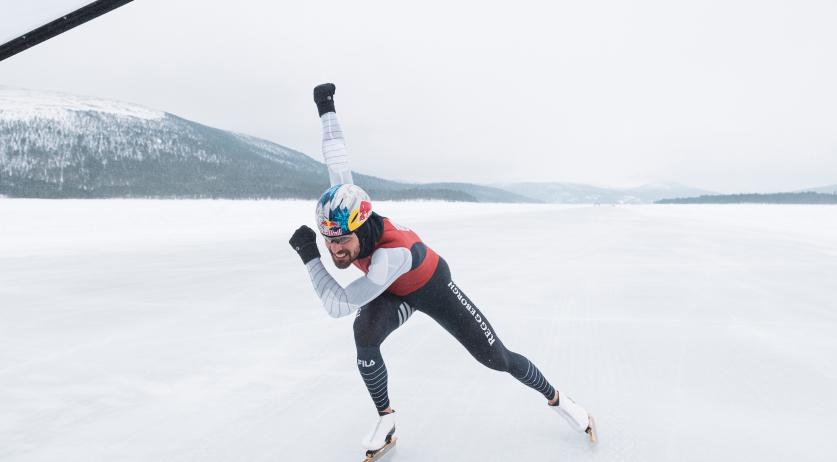 Dutch speed skater Kjeld Nuis broke his own world speed record this week, reaching in incredible 103 kilometers per hour during his attempt in Norway. He accomplished the feat on a straight three-kilometer natural ice track prepared on the frozen Savallen Lake in Tynset.

The three-time Olympic gold medalist skated within a large shield to protect him from the wind, a more advanced version than what was used when he set the record in Sweden at 93 km/h. The shield was pulled by a specially equipped Dakar Rally truck, a Toyota Hilux driven by rally racer Seth Quintero.

“I felt that if I divide my energy, I’ll get some extra energy for the punch at the end. And that made the difference. … from 93 to 103. Awesome!”

The 32-year-old from Leiden was coached by another top speed skater, Erben Wennemars. “A hundred kilometers per hour is so hard! When you see how fast you go on the ice, it really is bizarre,” Wennemars stated. “We couldn’t go any faster.”