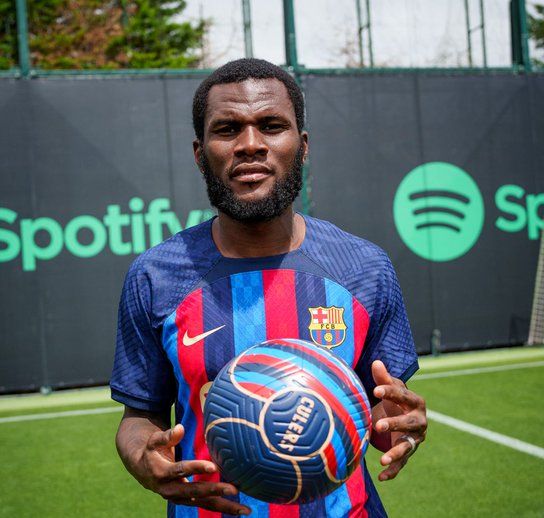 Barcelona have finally begun incorporating the new signings which seemed to be waiting to get going months ago.

Central defender Andreas Christensen arrived in the city on Wednesday evening ahead of his official presentation on Thursday and spoke to the club media for the first time.

Franck Kessie, whose signing had also been rumoured for a long time, underwent his presentation on Wednesday and was already in training that day.

He was given a warm welcome by the Barcelona boss and his staff ahead of his first session.

The squad also wanted to ensure he felt part of the group in their own special way, by giving him the bumps as they formed a tunnel.

Kessie joined in with the team for their third day of pre-season, which has started a full week ahead of the likes of Atletico Madrid. Given Xavi Hernandez is in charge of his first full season at Barcelona, he is likely to want as much time on the training ground as possible. Due to fixture congestion, it was rare that he got time to work on specifics with the players until the final few weeks of the last campaign, when exhaustion had set in.