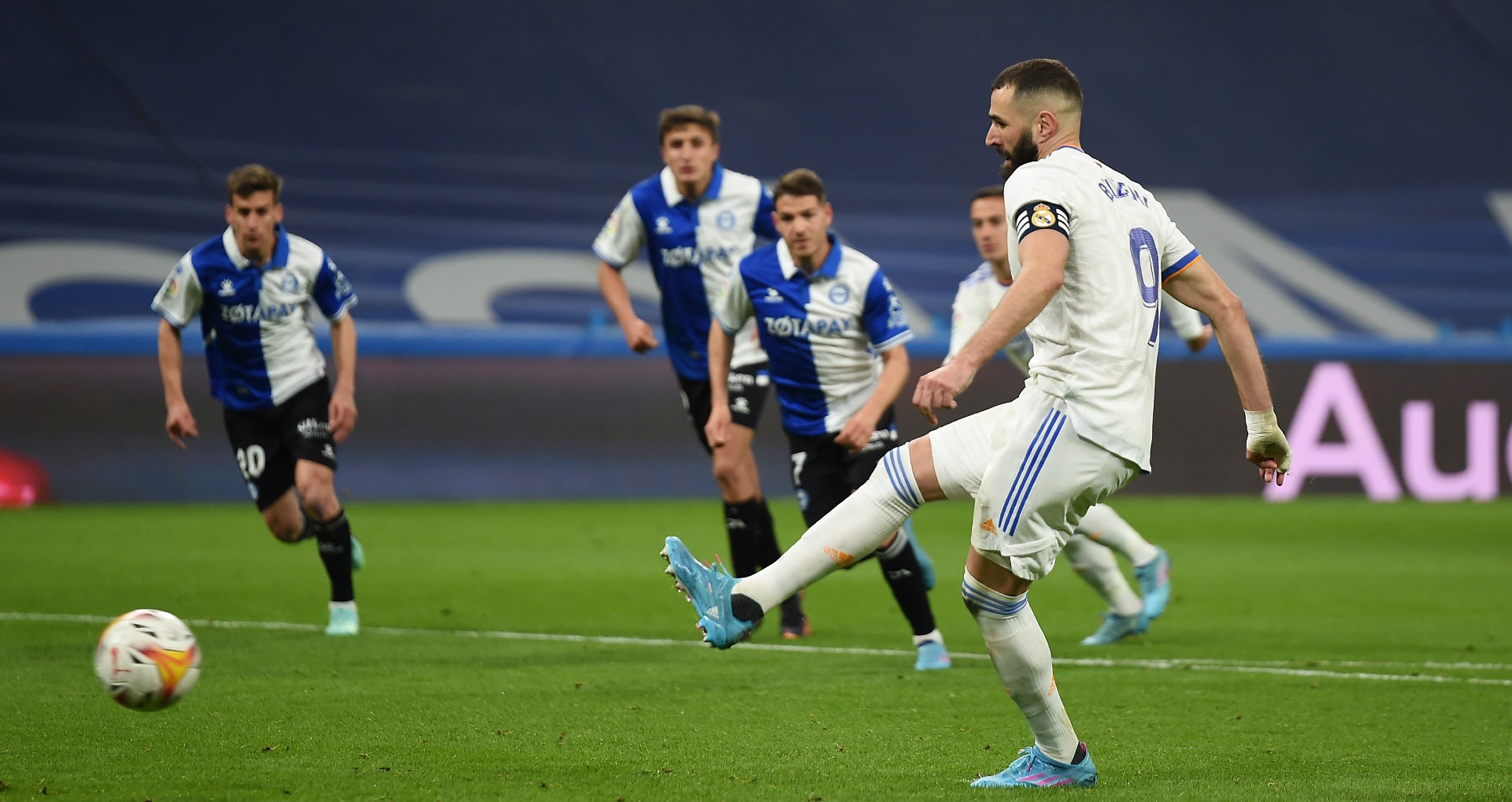 Real Madrid have moved seven points clear at the top of La Liga thanks to a 3-0 win at home to Alaves.

Los Blancos have gained a key edge in the title race in a timely response to their Champions League last 16 first leg defeat at Paris Saint-Germain in midweek.

Carlo Ancelotti’s side struggled for fluency in the first half, but his attacking trio made the crucial difference late on, despite their struggles in Paris.

Spanish international Marco Asensio made the crucial breakthrough on the hour mark with a superb long range strike.

That goal opened up the tie up for the hosts late on, as some fantastic link up play from Asensio and Karim Benzema, freed Vinicius Junior to tap home.

Captain Benzema completed a night of redemption for the Real Madrid forwards in added time as he tucked home from the penalty spot.

Up next for Ancelotti’s charges is a trip to neighbours Rayo Vallecano next weekend with Alaves heading to Getafe.