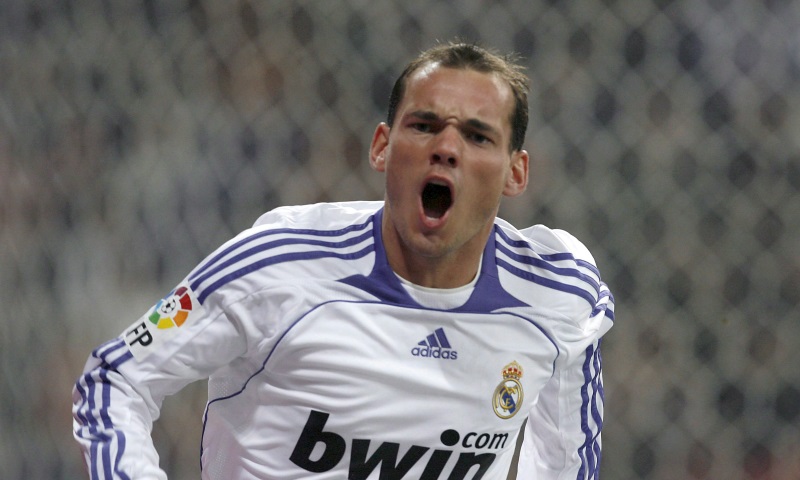 Sneijder enjoyed a successful brief spell with Los Blancos after joining from Ajax in 2007.

He won the La Liga title in 2008, before going on to win a treble at Inter Milan in his debut 2009/10 campaign, after swapping Madrid for Milan.

The former La Oranje international was never short of self belief as a player and he believes his career could have mirrored Ronaldo and Messi if he had made different choices.

“I could have been like Messi or Ronaldo. I simply didn’t feel like it”, he told an interview with transfer expert Gianluca di Marzio.

“I enjoyed my life, and maybe I drank a glass of wine at dinner.

“Leo and Cristiano are different, they made many sacrifices. That’s OK with me, as my career has been amazing.”

Sneijder’s claims will come as little surprise to Real Madrid fans who became accustomed to his confident ways.

The 38-year-old also went for an unexpected choice when asked about the best teammate he played alongside at the Estadio Santiago Bernabeu.

Sneijder lined up with club icons Sergio Ramos, Iker Casillas and Raul in his two years in Madrid but he picked a different name as his No.1 choice.

“The  strongest teammate was Guti, he was fantastic.

“When we were teammates, he didn’t speak to me for a few months, because I became a starter in Real by stealing his place.

“Then we started playing together and I realised he was phenomenal, the best of that team.”