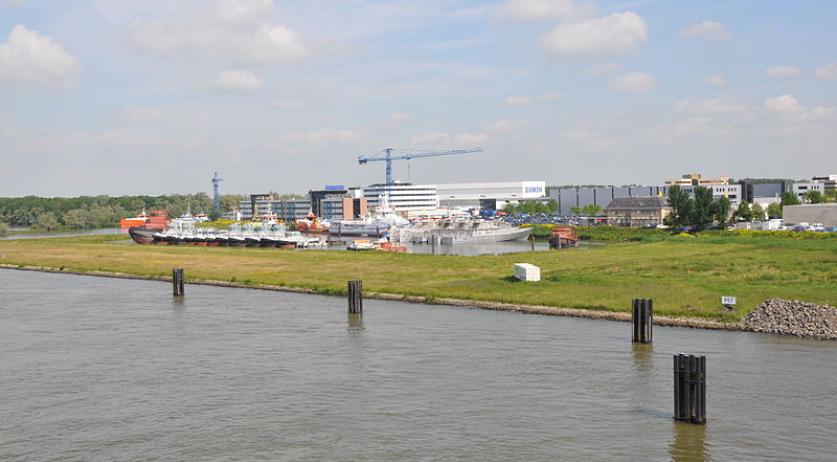 A yacht formerly owned by Russia’s most famous businessman, Roman Abramovich, is currently sitting in a port in Vlissingen. It changed hands the day Russia invaded Ukraine, according to an investigation by The Guardian.

On Feb. 24, one of Abramovich’s companies transferred the yacht, the Aquamarine, to a Jersey-domiciled company owned by Russian businessman David Davidovich. The EU and UK placed Abramovich under sanctions after the war broke out because of his reported links to Russian President Vladimir Putin.

The Aquamarine is currently being repaired by Damen, a shipbuilding company that stopped supplying Russia with ships in early March. An anonymous source at the shipyard told The Guardian that it was generally understood the yacht had belonged to Abramovich.

Although the yacht was brought to Damen in November, no work has been done on it since March 10, the day Abramovich was sanctioned by the UK.

“I can confirm that I am the owner of MHC Jersey Ltd and the Aquamarine yacht,” Davidovich said in a written statement to the Guardian.

The company Davidovich mentioned, MHC Jersey Ltd, has one shareholder: an investment vehicle called Norma Investments, of which Davidovich is also the majority owner. However, the ownership of Norma Investments was also transferred to Davidovich on Feb. 24 when Russia invaded Ukraine –– also from Abramovich. It is thought the transfer took place to avoid the possibility of some of Abramovich’s assets being frozen, according to The Guardian.

Abramovich has also been linked to four other yachts in various parts of the world. Two of them are in the Caribbean and two are in Turkey. At the time of its construction by Dutch company Heesen, the Aquamarine was priced at over 40 million dollars.

On April 6, Dutch customs authorities seized 14 unnamed megayachts linked to Russian figures. Because of sanctions against Russia, Belarus, Putin and certain oligarchs, the yachts were barred from leaving the country and being delivered to their owners. It is unknown if the Aquamarine was among these vessels.

Davidovich and representatives of Roman Abramovich did not reply to requests for comment from The Guardian about Abramovich’s connection to the yacht. “To my knowledge, Aquamarine is not subject to any sanctions,” Davidovich told The Guardian.