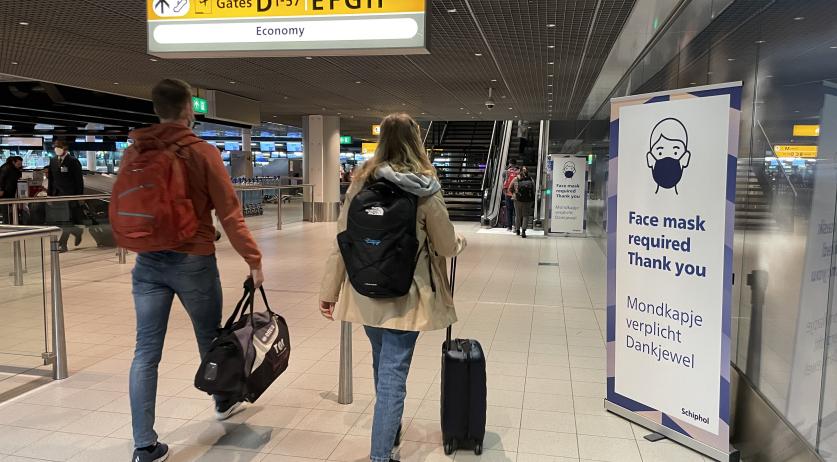 The 300,000 young eels seized at Schiphol last week have been returned to nature. The eels swim freely in the Randmeren, near Harderwijk. Experts from the DUPAN foundation, a partnership of eel farmers, fishermen and traders, arranged the release together with the Dutch Food and Consumer Product Safety Authority (NVWA).

Customs found the more than 100 kilograms of glass eels –– or young eels –– in the luggage of three Malaysians, who were in transit from Portugal to their home country. They were carrying eight large identical suitcases, which caught the attention of security. The suitcases turned out to be full of plastic bags filled with water and the small creatures.

According to the DUPAN foundation, it was important to release the young eels as soon as possible and the majority survived the journey. “After it was established that they were indeed European glass eels, we immediately put our specialists to work to offer as many eels as possible a chance of survival,” says foundation chairman Alex Koelewijn.

The eel is a protected species and its export is therefore subject to strict rules. The smuggling of glass eels is, according to the foundation, “the world’s largest wildlife crime.”

“The Chinese market offers five to 10 times as much for this glass eel as in Europe,” said Koelewijn. “There they are raised into eels for consumption. And that is a bad thing, because the European quota does not exist for nothing. The amount of eel that we are allowed to consume in Europe is strictly regulated, in order to protect the eel. That is why everything must be done to avoid smuggling to Asia.”